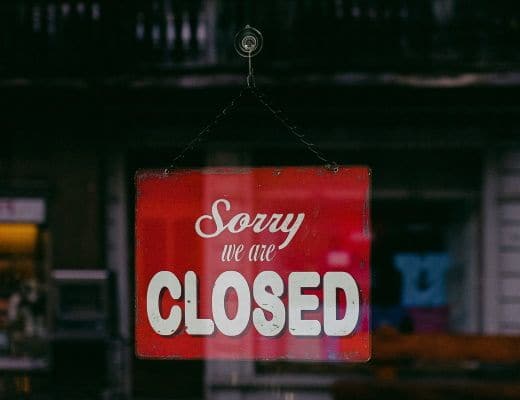 As the UK enters an uncertain new phase in the Coronavirus crisis, we remember that workers are not to blame for the lack of progress: the Government is.

The UK has entered a dramatic new phase in the battle against Coronavirus, as new restrictions in Scotland are followed by a tiered lockdown in England.

In the last seven months, people in Britain have lived through the most significant social and economic crisis of the last seventy years. The economy is in a perilous state of decline, tens of thousands of precious lives have been lost to the first pandemic in a century, and we are heading into a deeply uncertain future.

People have lost loved ones and livelihoods. They have forgone meeting friends and family. They have missed weddings and funerals. The greatest burden has, as always, fallen to those least able to afford it. But people have sacrificed enormously to protect the NHS, to halt the spread of the virus, and to keep others safe.

They have endured this in the hope, at least, that their Government will use the time bought to take the necessary steps that will keep the R number low when a low number is reached. But the UK Government has achieved nothing – in fact, “nothing” might be too generous.

The UK Government handed over billions to private sector megacorporations in pursuit of a Track & Trace system that failed to reach even the base standard of competency, never mind actually work. Billions, given away to corporate cronies, which could have been spent on the NHS, on GP surgeries, on carers, on PPE, on protecting jobs, on supporting the key workers who keep the country running.

With millions of lives irrevocably harmed, millions of workers on the cusp of unemployment, and billions in public money on its way to tax havens, the Government still has no plan for dealing with this crisis. With so much of our morale, goodwill, finance, and emotional resources drained, we are back where we started.

Worse yet, we know this is not just Tory incompetence – but a wilful choice.

In the early stages of this crisis, the Scottish Socialist Party warned against a rushed return to profiteering – against an unsafe return to unsafe work. We shared the concerns of workers and Trade Unions that, without real and immediate change, profit would come before lives.

And that is exactly what the Tories have done.

Now, there will rightfully be alarm and anger at last night’s revelation that the UK Government ignored calls from the Scientific Advisory Group for Emergencies (SAGE) to implement life-saving measures weeks ago. “Not acting now to reduce cases”, SAGE instructed, “will result in a very large epidemic with catastrophic consequences.”

But instead of listening to scientific advice, the Tory Government chose to continue winding down financial support for workers, to continue forcing workers back to work, and to continue to gamble your life in exchange for your spending.

In just one chilling example of the Government’s unfathomable recklessness, SAGE insisted on a call for online teaching in Further and Higher Education to prevent a race to the bottom among institutions – echoing the concerns of the UCU. The Government did nothing. Thousands of students were moved into accommodation, precipitating disastrous levels of transmission around the UK.

So, in the full knowledge that the transmission of Coronavirus was returning to dangerous levels, the UK Government sent you back to work, told you to go to the gym, to “Eat Out to Help Out.” As recently as 5 October, Boris Johnson called on people to go to the cinema.

Is this how they “Stay Alert, Control the Virus, Save Lives”? Does this “Protect the NHS”? They have played a game of chicken with your health, and they got caught. This is not just a scandal; it’s a national disaster.

The Worst of Both Worlds

From the start, the Government and the bosses have tried to set up a false dichotomy between public health and the economy. The working class is now facing a catastrophe on both fronts, as spiraling cases of COVID-19 coincide with a runaway collapse in jobs, pay, and conditions.

A panicked suspension of food, drink, and hospitality services has caused total confusion in Scotland. Workers are losing shifts and income at a moment’s notice and the responsibility for interpreting the vague distinction between a café and a restaurant being dumped on already-overstretched local services. Some of our most precarious and lowest paid workers have been thrust back into the darkness, without any guarantees of even basic support in paying the bills or putting food on the table.

For example, Cineworld workers, or those employed by the G1 Group, will be familiar with what this indefinite grey area means. Workers on zero-hour contracts will have their hours reduced to nothing, be paid nothing, and be ineligible for state support due to still being employed. Those who quit and apply for Universal Credit are at the mercy of being sanctioned by the brutal, inhumane regime operated by the DWP.

Tens of thousands have already lost their jobs ahead of the furlough cliff-edge. Other companies are pursuing sociopathic fire-and-rehire strategies, while IKEA have spent their time undermining sick workers’ wages and victimising the elected USDAW shop steward in their Glasgow store.

The only “solution” the Tory Government has offered in response to the devastation of jobs and wages is a reduction in the level of financial support for workers, and an online careers service test that is recommending educators take up a new career in professional boxing.

The situation in Scotland’s care homes is still unacceptable, with outbreaks in private HC One care homes still resulting in deaths, and still resulting in completely inadequate testing for workers. We simply cannot afford to delay bringing care into public ownership with a National Care Service.

The failure to protect both public health and jobs will lead to a self-perpetuating downturn in both. Britain’s precarious economy of low-pay, low-security, hand-to-mouth living has left us with a country held up by lollipop sticks – and it is collapsing.

They have failed to get to grips with this crisis because the system they work for cannot ever get this under control. We cannot do what we need to do and uphold things as they have been until now. We need real change. Our Socialist Recovery Plan, and focus on a Socialist Green New Deal, will deliver real change.