Break The Chains of Poverty Pay and Insecure Jobs

Workers have faced a steep decline in their working conditions, and a quality-of-life downturn through insecure work and poverty pay – while the superwealthy see their share of the wealth grow and grow. Insecurity creates inequality, poverty, and a crisis in mental health.

More than half of all people in Scotland who are in poverty live in employed households. Despite that fact, the Tories and the bosses are still launching the biggest attack on pay and conditions yet. We need change, and we need it now.

The Scottish Socialist Party has always supported workers in the struggle for pay and conditions and is a regular presence at picket lines in Scotland. As part of our socialist recovery plan, we will introduce real change for public sector workers in Scotland by using existing devolved power to raise pay, improve job security and conditions, and return to workers their share of the wealth.

We’ll make sure that the Scottish Parliament is an ally in workers’ struggle, and put its weight behind private-sector workers – while demanding the devolution of full employment law to Scotland, and the full powers of independence, to deliver real change for all workers.

Suppression of wage growth has caused a crisis of poverty pay in Scotland. Although the cost of living has continued to rise, such as in transport and housing, the value of wages has remained stagnant or fallen – greatly impacting the lowest-paid workers.

We’ll set a minimum rate of pay for public sector workers in Scotland at no less than two-thirds of the male median earning – £12 an hour for all workers over 16, and equal pay for women – rising annually.

We know that travel time is working time. That’s why we’ll make sure travel to and from work is paid like any other working hour – and top up your savings with Free Public Transport.

We’ll make sure that the Scottish Parliament stands up for and supports private-sector workers in the fight for better pay and conditions, and that it delivers devolved employment law to Scotland.

Current minimum wage legislation contains loopholes to let bosses dodge paying workers fairly. Age bands are legalised discrimination and exploitation of younger workers with the least amount of bargaining power. A minimum wage for Scotland will set a single minimum rate of pay for all workers over 16 and abolish age discrimination in public sector pay.

Employers use phoney apprenticeship schemes to avoid paying the minimum wage. Hundreds of thousands of workers are trapped in bogus “self-employed” work – a misleading category that enables bosses to avoid the minimum wage, avoid respecting your workplace rights, and profit from poverty pay.

The “gig economy” keeps workers in cycles of low-paid, temporary, and insecure work – without security, guaranteed income, workplace rights, or the ability to plan for the future.

Winning devolved power over employment law must be a priority for the next Scottish Parliament. Until Scotland has that power, we’ll use existing powers to end exploitative working practices in the public sector: setting a £12 per hour minimum wage for workers over 16, guaranteeing contracts with minimum and maximum working hours, guaranteeing a Union presence in worker contract negotiations, putting workers and Unions in control of health and safety, and making these mandatory conditions for public contracts.

We’ll also make sure that the Scottish Parliament wins the devolution of employment law, to deliver real change for all workers.

In 2019, 70,000 workers in Scotland were on zero-hour contracts, a 10% increase on the previous year. These contracts leave workers without the guarantee of paying work, and without the same rights and protections afforded to workers with secure contracts. Workers on zero-hours contracts are subject to arbitrary, punitive reductions in allocated hours – but are also on-call for the boss at all times.

They steal people’s valuable time, deny workers control over their own life and financial affairs, and cause cycles of poverty pay, insecurity, and underemployment. Low hours and low pay leave workers without adequate earnings – leading to a situation where more than half of all people in Scotland who are in poverty are living in employed households.

We’ll make sure that every public sector worker who wants a secure contract with guaranteed minimum hours, at no less than 16 hours per week, is offered one. We’ll also guarantee a Union presence beside every worker in their contract negotiations, to stand up for your right to fair treatment.

We’ll put the weight of the Scottish Parliament behind private-sector workers in the struggle for better conditions. The SSP will make winning the devolution of employment law, to ensure real change for all workers, a national priority.

The Coronavirus crisis forces us to rethink our economy, and our relationship to work. A maximum working week of 35 hours, without loss of earnings, will not only boost individual productivity but also give back to workers valuable personal and family time – and help protect against Coronavirus by reducing time on public transport and in the workplace. 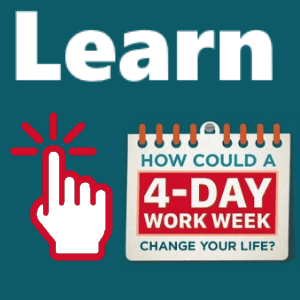 In July 2020, 63% of respondents told Survation that they want the government to explore a four-day working week. We agree, which is why the SSP is a long-time advocate for the shorter working week.

There’s nothing productive about Britain’s crisis of understaffing and overwork. 81% of workers want a reduction in working time. 3.3 million workers in the UK are working 48 hours a week or more. This is unhealthy, unsustainable, bad for people, and ultimately bad for the economy.

Workers have been forced back to unsafe working conditions during Coronavirus. Because of austerity, written in Westminster and passed on by Holyrood, the Health and Safety Executive (HSE) has been completely gutted. Workers need an effective health and safety watchdog, and strong advocates for health and safety at work.

We’ll make sure that the Scottish Government uses existing devolved powers in health to protect and expand the right to refuse unsafe work – and recognise the key role that Trade Unions play in keeping Scotland safe and well.

Workers in every workplace will have the means to establish elected shop stewards and Health & Safety representatives, to oversee the reorganisation of workplaces and safety practices for Coronavirus.

Every worker in every workplace will have an updated, Union-approved Coronavirus risk assessment and safety plan, and we’ll work with the NHS, Unions, and local healthcare to make sure all workers have access to regular, professional Coronavirus testing.

PPE needs to be the norm, not the exception. To provide adequate PPE for workers, we’ll bring publicly-owned PPE production back to Scotland – creating PPE reserves by removing profiteering, and creating jobs along the way.

Austerity is written in Westminster, but the Scottish government passes cuts on to local authorities, and councillors pass them on to workers through job losses and poverty pay. Representatives aren’t elected to pass on cuts, but to stand up for the people they represent.

Austerity has dispossessed the working class of billions, which are given to the superwealthy through tax breaks, privatisation, and deregulation.

The Tories are planning the biggest attack on pay, conditions, and public services yet – forcing the working class to pay the bill for Coronavirus. The Scottish Parliament, local authorities, community groups, and Trade Unions have a responsibility to work together to defy attacks on workers’ pay, job security, and conditions.

Instead, we’ll fund real change for workers by boosting economic activity. Using public ownership in transport, housing and care to raise wages and bring down living costs, and rebuilding the economy with a Socialist Green New Deal, we’ll kickstart a transformation in pay, job security, and conditions for workers.