A Political Party for You

We stand up to the powerful Scottish establishment on behalf of the working class majority and promote progressive, fair and just political change.

Humanity didn't cause the Climate Crisis - capitalism did. Capitalism can't fix it. We need a Socialist Green New Deal that fights poverty and pollution together.

We need a vision for independence that improves life for the working class in Scotland.

Jobs, pay, and conditions are under attack.

The working-class is fighting back.

The Scottish Socialist Voice: Our Paper, Your Paper

We put working-class politics on the front page. Learn what the mainstream media won't tell you - published fortnightly by the SSP. 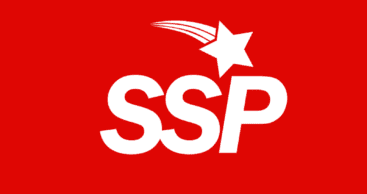 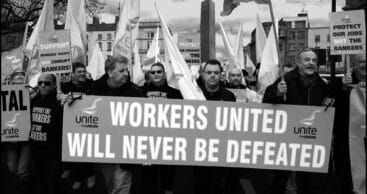 Refuse to be slaves: defend the right to strike! 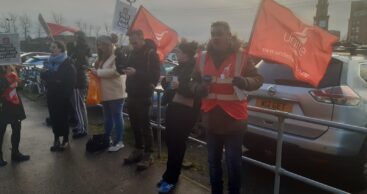 Our ambition is to replace capitalist exploitation with a system that empowers the working class; closes a widening wealth gap; lifts us out of low-wage, precarious jobs; prioritises people and planet; and promotes solidarity over imperialism and war.

Our socialist project is to change society from root to tip - not merely seeking to taper inequality at the fringes.

The SSP is striving to create an independent, nuclear-free, multi-cultural, Scottish republic.

We believe that breaking free of the suffocating stranglehold of the British state will benefit working class people across these islands.

Working for a common goal during the 2014 campaign, in Yes Scotland, we helped raise the demand to where it is in modern Scottish politics.

We build solidarity with workers in struggle throughout the world, forge links with fellow global anti-capitalists, to fight against capitalist globalisation.

In doing so, we reject all attempts to blame migrant workers, refugees or asylum seekers for Britain’s economic, social and cultural problems.

If you seek a way out from an emboldened Tory regime - then organise.

Resist austerity, imposed by Westminster or by Holyrood — and strive to put working class people at the steering wheel of a new independent Scotland.

See you on the streets! 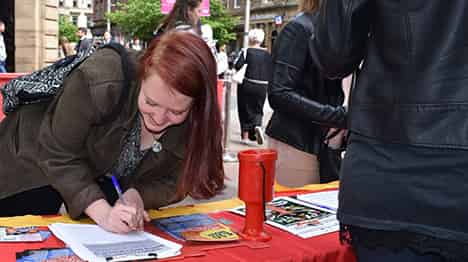 You can help the SSP campaign - starting today!