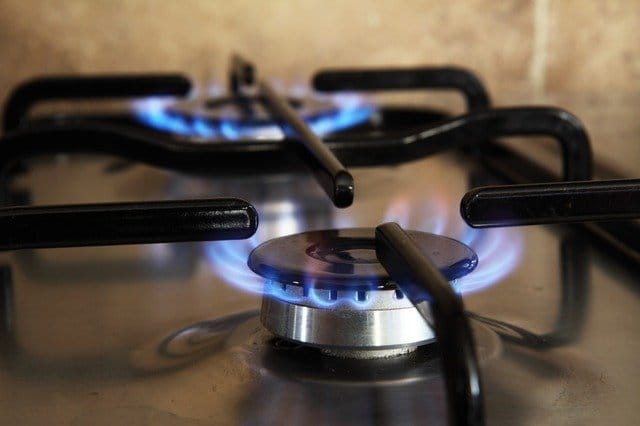 The Centrica strike has people demanding to know why private firms are allowed to control our national infrastructure after decades of failing workers and the public, writes Róisín McLaren.

The Scottish Socialist Party sends our solidarity to the thousands of British Gas workers who have been on strike this week, the biggest strike by gas workers since the 1970s. The Centrica strike was provoked by Centrica’s (the owner of British Gas) ‘Fire and Rehire’ policy. Centrica plans to cut 5,000 jobs (of a 20,000 workforce) and to fire all existing staff, only to rehire them on worse contracts. This led to 89% of British Gas GMB members voting for 5-day strike action, a result that speaks volumes for the anger among the British Gas workforce.

This ridiculous practise is perfectly legal and is a glaring example of the need to repeal the Thatcher era anti-trade union laws. Laws intentionally designed to castrate the organised working class. Laws which require ‘consultative ballots’ i.e., requiring union members to vote for strike action twice; laws which ban solidarity strikes (such as stopping communication workers from strike against Royal Mail privatisation) and; laws which tie the voting process up in so much red tape that many votes are not returned.

The strike also raises bigger questions of why private firms like Centrica are allowed to own key parts of our national infrastructure. Climate change, fuel poverty, poor terms and conditions, unemployment, job deskilling – all have links to private ownership of the energy industry.

A quarter of all households in Scotland live in fuel poverty (spending more than 10% of household net income on fuel). Pitifully poor housing quality and a large proportion of our housing stock that is over a hundred years old are also to blame for fuel poverty.

However, profiteering of private power companies plays a significant part. For example, Centrica made £1billion of profit last year and CEO, Chris O’Shea, takes home a salary of £800,000 per annum (before bonuses!). Electricity is a basic human need: to be warm, lit, to be able to cook and, in today’s world, to access the internet is a necessity for education, work and benefits. The profit motive does not provide for these needs. It always creates an apartheid between those who can pay and those who cannot afford to pay.

Taking the energy industry into public ownership would also ensure that workers like those striking this week have control over their workplace. The Scottish Socialist Party stands for democratic public ownership. That is, we want workers to have real meaningful control over how their workplace operates. To extend the democracy of the public sphere into the workplace. Workers are the expert at their job, having the expert in charge is logical, rather than an army of professional middlemen ‘mangers’.

Public ownership is essential to halt climate change. You cannot control what you don’t own. Without ownership over the energy industry the public has no say in how it is run, such as how much funding is put into switching to renewables. Allowing numerous different private companies to all compete against each other to provide our energy creates illogical situations that only make sense to profit. Such as building wind turbines in Indonesia for use on a windfarm off Fife.

But it is the short-termism of the market that endangers life on Earth. Board of Directors have a legal obligation to return profits for their shareholders each year. The mammoth investment in infrastructure and staff that it will take to transition to renewable economy, quickly enough to halt climate disaster, would require a level of investment not compatible with profit. It is not possible in the structure of a private company to act at the scale and speed that this crisis requires. Only a government would be able to operate at the national level and plan decades, centuries into the future.

There is no point appealing to private companies to act in a way incompatible with their very nature. To halt climate change we need to control our energy industry to ensure it is run for the benefit of energy workers and the environment.