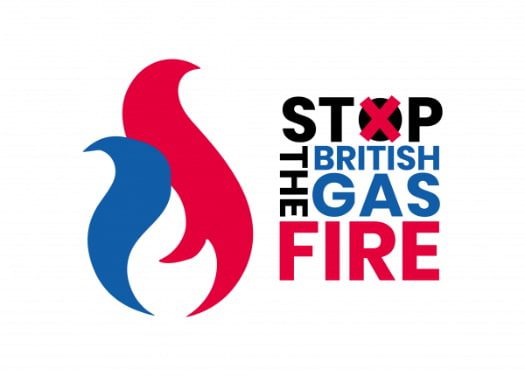 Scottish Gas engineers have started an historic 5-day strike against thuggish ‘Fire and Rehire’ methods being deployed by company bosses.

Thousands of gas engineers have been provoked and forced into this action, in the dead of winter, by the outrageous deeds of Chris O’Shea, the recently appointed Chief Executive Officer of Scottish Gas owners, Centrica.

Centrica and Scottish Gas are hugely profitable outfits, with profits last year close to £1billion, and a 27% increase in profits in the first half of 2020 – amidst the pandemic – for the domestic heating operation in itself.

With a turnover of £25 billion and these levels of profit there is no excuse for the savage assault on the wages, terms and conditions of the loyal workforce who created the profits in the first place.

But O’Shea, who was appointed to the post last April, finds it appropriate to take a salary of nearly £800,000 himself – and that’s before any bonuses and other incentive schemes – but at the same time try to impose attacks on those who have worked on the frontline throughout the pandemic, servicing communities as well as feeding Scottish Gas profits.

Despite repeated ballots of opposition by GMB members, O’Shea ignored the workers’ viewpoint and issued an ultimatum just before Christmas that unless workers signed drastically inferior new contracts then they would be fired and then rehired on even worse terms and conditions.

That is the corporate thuggery which provoked an 89% majority in the GMB union strike ballot, leading to the 5-day strike.

This is the biggest strike by gas workers since the 1970s and the biggest outright strike action of any workforce amidst the pandemic.

GMB members have been creative in the face of these circumstances, making Scottish Gas vans their picket lines, to keep it safe, and holding zoom strike rallies.

Their Place in History

Gas workers have a special place in the earlier history of the trade union movement, with famous strike actions 130 years ago, led by socialist Will Thorne and Karl Marx’s daughter Eleanor, which led to the formation of the National Union of Gasworkers and General Workers, the forerunner of the GMB.

Now in 2021, gas engineers have no choice but to stand up for themselves and wield their one remaining weapon – withdrawal of their labour – to prevent the slaughter of wages, terms and conditions, including measures that would seriously hamper their ability to spend family time.

Every trade unionist and socialist should send their solidarity to the strikers and their messages of angry protest and condemnation to the overpaid O’Shea and his gang of corporate thugs, who are out to amass even greater profits at the expense of the health, wealth and well-being of the workforce.

Fire and rehire, already used by British Airways bosses, is increasingly becoming the weapon of choice for big business bosses who are hellbent on making the working class pay a terrible price for the Coronavirus crisis, which in itself exacerbated the systemic crisis of a capitalist system rooted in maximisation of profit through minimisation of wages, conditions and public services.

It’s a method that should be legally outlawed, but we cannot wait for the Tories and their likes to have a Damascene conversion to upholding workers rights! The collective strength of united and mobilized workers needs instead to be wielded to defy and defeat these methods. That’s why building solidarity in pursuit of a victory for gas engineers is a critical first step for all workers.

Send messages of solidarity to john.slaven@gmb.org.uk