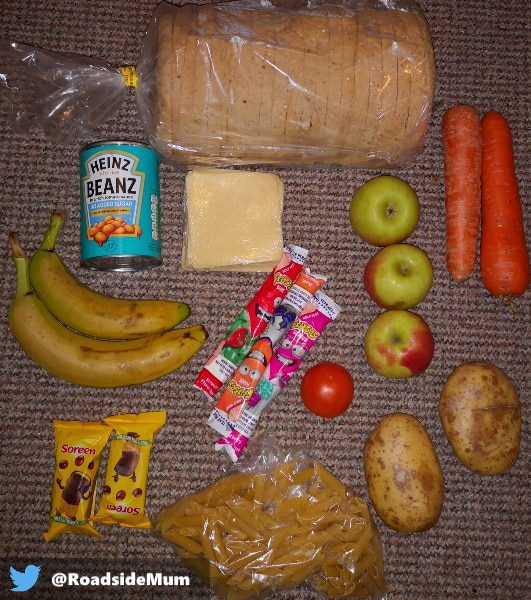 The Tory government in Westminster has been condemned for delivering inadequate, unhealthy food packages to families in its free school meals programme, as food poverty becomes a growing concern for working-class households.

There is widespread anger at the failure to prioritise healthy nutritious meals, to consider health and dietary requirements, or even to provide safe use-by dates.

Social media has been flooded with examples of the so-called “meals” that are supposed to feed children for weeks at a time.

Private firms contracted to deliver free school meals, such as Chartwells UK, have charged the public up to £30 for packages worth £5 or less in the supermarket – opportunistically pocketing the difference and profiteering from hungry children.

Its sister company, Chartwell Independent, provides high-quality dining packages to exclusive private schools in England. Former Chartwell chairman Paul Walsh is a prominent Tory donor and in 2015 was one of 100 wealthy businessmen to publicly call for a Conservative vote.

In 2020, Tory MP Ben Bradley was condemned over his twisted attack on free school meals for low-income homes, which he likened to “crack dens” and “brothels”. In October, the Tory Party voted against plans to extend free school meals in England – before being shamed into backing down.

Now, Chartwell UK is among the companies given highly-profitable public contracts by the Tories to deliver unhealthy meals to some of Britain’s most vulnerable children.

The outrageous episode comes amidst a deepening food poverty crisis in Tory Britain.

The Food Standards Agency has previously revealed that, in 2020, as the pandemic took hold, one in ten people relied on a food bank, while more and more parents reported skipping meals in order to feed their children.

Job losses, furlough, and an overwhelmed benefits system have had a devastating impact on households most at risk of food poverty. Citizens Advice Scotland have revealed that, in Scotland, one in ten have had to skip paying energy bills due to a lack of cash. Fuel poverty perpetuates food poverty, as impacted families cannot afford to run a kitchen and prepare healthy meals.

One of the Scottish Socialist Party’s greatest campaigns brought the plan for free school meals in Scotland to the Scottish Parliament.

Writing in 2017, Roz Paterson reflected on the campaign for free school meals:

“Research reports parents going without food themselves in favour of their kids, and increased pressure on food banks. But these aren’t enough, and we need a systematic approach, to ensure that in this small, wealthy nation, we don’t forget about those who are literally starving.

“Frustratingly, the SSP has been touting this simple, progressive idea for 17 years now, tabling a bill in parliament that was, thanks to Labour and the Tories, snuffed out, and tabling a second, that was timed out by parliamentary procedure.

“But the ideas we promoted then — inspired by Finland, and by the mountains of research that underlined in big, inky marker that this was a good idea and would definitely work and also be cost-effective — take root.

“A very important part of the SSP’s campaign, which was supported by the Child Poverty Action Group (CPAG), Unison, the Poverty Alliance, the STUC Women’s Committee and the British Medical Association, was to tackle the stigma associated with any kind of free provision.

“We said that free school meals should be provided to ALL children, as in Finland, to ensure that everyone is on a level, and no one is singled out.

“Good nutrition for all our children isn’t expensive, not compared to, say, renewing Trident, or bailing out the banking system.”

The SSP has since called for urgent, radical action to tackle the causes of food poverty, such as a higher minimum wage for all workers over 16 and an end to insecure, precarious employment practices that stop workers building financial security.

It also calls for public ownership of energy to stop profiteering price-hikes, for publicly-owned agricultural land to be dedicated towards growing cheap fruit and vegetables for local consumption, and for a nationalised alternative to profiteering retailers.