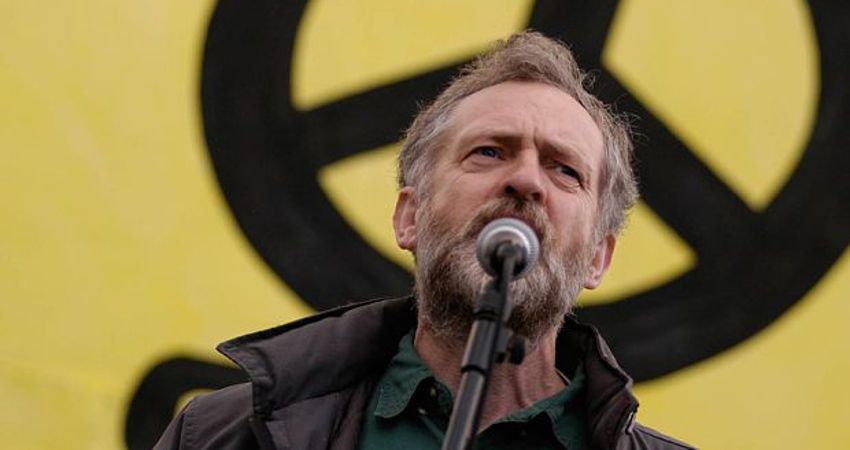 The SSP welcomes the massive boost to public debate around left-wing, anti-austerity, anti-war, socialist ideas that Jeremy Corbyn’s leadership challenge and current re-election campaign has triggered. We welcome the emergence of those new activists motivated to defend Jeremy from the vitriolic attacks of the capitalists, their media and their treacherous cabal of supporters in Labour’s right wing.

Since our formation in 1998, the SSP has fearlessly defended socialism – whilst Scottish Labour has acted as barely-disguised Tories, abandoning the aims of Keir Hardie and countless other pioneers, slashing council jobs and services, threatening to jail workers who dared to strike against their municipal butchery, and spurning numerous opportunities to extend public ownership or reduce inequality. 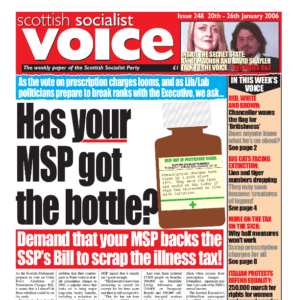 The SSP pioneered the battle to abolish NHS prescription charges – only to be voted down by Labour MSPs.

The SSP has campaigned for No Cuts budgets, in defiance of Tory cuts, and frequently led fellow-workers in strike action and communities in protests and sit-ins against Labour councils’ closure of schools, community facilities and the slaughter of jobs and services.

The SSP has persistently campaigned for abolition of the Council Tax and for a replacement Scottish Service Tax based on income, which would make over 75% better off, make the rich cough up, and DOUBLE income for local jobs and services.

Scottish Labour has defended the Council Tax, opposed its replacement – and recently proposed HIGHER taxes on ordinary workers to compensate for Westminster and Holyrood funding cuts.

In the Scottish Referendum, Scottish Labour alienated hundreds of thousands of workers and young people by their shameless collaboration with the reviled Tories in Better Together – the Tory funded, Labour-fronted lie machine that confused enough people to make sure we now suffer years more of ruthless Tory dictatorship from Westminster.

In stark contrast, the SSP championed the aim of an independent socialist Scotland – a different vision entirely from the pro-capitalist aims of the SNP.

Labour in Scotland will never be forgiven by swathes of working class people for helping the Tories to hold onto Scotland, cursing us with their blitz on benefits, war on workers’ rights and slaughter of services and salaries.

That remains the case if Labour continues to deny the Scottish people the right to self-determination – or even a timely second referendum! – which unfortunately not only Kezia Dugdale and the Blairites do, but also Jeremy Corbyn and his most prominent allies in Scotland.

Failure to call for an independent SOCIALIST Scotland that stands up for the millions, not the millionaires – is the Achilles heel of Scottish Labour, even if (as we hope) Jeremy is re-elected.

The SSP offers the hand of friendship and solidarity in action to those – in the unions and Momentum – who are fighting in defence of Corbyn.

We appeal to Corbyn supporters to arrange meetings with the SSP to discuss serious battle plans around our common aims and policies – such as the demand for a legally enforced £10 living minimum wage; renationalisation of our railways; a massive plan of public sector house-building; for scrapping Trident.

But we also appeal to the Scottish ‘Corbynistas’ to look beyond Jeremy’s re-election, to the harsh choices that loom ahead for Scottish Labour.

The social democratic face presented by the SNP has attracted 90,000 new members. But it’s only one face of the capitalist SNP, whose managerial role on Caledonian MacBrayne ferries, ScotRail, privatisation of the new Edinburgh Sick Kids and the business arm of Scottish Water, gives us glimpses of whose side they’re really on.

Not the Same Surge in Scotland

The SNP is not, and has never claimed to be, a socialist party. However, for years the SNP has been to the left of Scottish Labour on most issues. That’s why there’s nothing like the same space, nor the same mass surge of new left activists behind Corbyn in Scotland as has occurred in England. Scottish Labour’s share of the total British Labour Party membership has plummeted to its lowest ever level in history, below 4%.

Labour’s right wing, in Scotland as well as the Parliamentary Labour Party, will not cease to wage civil war against Corbyn and the left ideals he represents.

Labour’s right wing, in Scotland as well as the Parliamentary Labour Party, will not cease to wage civil war against Corbyn and the left ideals he represents. They will be backed and boosted in their treacherous sabotage by a capitalist class and media which is terrified at the thought of a left-leaning Prime Minister and the expectations and demands for radical change which that would unleash amongst workers and young people.

These forces of capitalist backwardness have no intention of reversing the transformation of Labour into the reliable agency for the billionaires and bankers – the bastion against socialism – which it was moulded into under Blair and Brown.

The SSP welcomes the many relatively radical pledges in the #KeepCorbyn campaign, including building 500,000 new council houses over 5 years; rent controls; an end to NHS privatisation; universal public childcare; an end to exploitative Zero Hours Contracts; collective bargaining for unions in workplaces over 250, with full rights from day one; ‘shrinking the gap between incomes’ and the renationalisation of railways.

Less welcome is the retreat on Jeremy’s manifesto of a year ago. Dropping immediate free education, abolition of tuition fees, with a living grant in favour of the vague ‘progressive restoration of free education’;keeping Trident on the table and abandonment of public ownership of the energy giants.

That’s a plain-as-day retreat in the face of right-wing vitriol.

Unless a more resolute, unbending socialist leadership is forged, working people’s hopes would be once more dashed on the rocks of retreat.

Historic experiences prove that a strong, determined socialist party, rooted in the working class and undiluted socialist principles, is necessary to challenge and remove the dictatorship of capital – whose fangs have been bared at even the modest policies of Jeremy Corbyn.

The past year’s Niagara of bullying abuse and vilification is nothing compared to what a Corbyn-led Labour government would face, with strikes of investment amongst the capitalists’ weapons of choice, as Labour governments in the 1960s and 1970s experienced.

So dilution of policy pledges – in a vain attempt to appease the Blairites and their media chorus-line – is an ominous warning that unless a more resolute, unbending socialist leadership is forged, working people’s hopes would be once more dashed on the rocks of retreat under enemy fire. 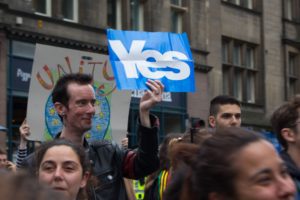 The most critical choice of all confronting the ‘Corbynistas’ is:

Scottish Labour a Million Miles from being Socialist

At the heart of the problem facing those mobilised by the laudable, left-wing ideas expounded by Jeremy is this: Scottish Labour as it exists is a million miles removed from being a socialist party. To begin to transform it into one would require naked civil war in the party, thereby reducing its chances of election, prolonging the Tory agony.

Why devote time and talent to what may well be a fruitless attempt to oust Labour’s pro-capitalist right wing, or spend years trying to fashion genuine socialist policies in a Labour party which in any case, historically, has never used its positions in government to pursue comprehensive socialist measures?

Labour’s history is littered with unfulfilled promises, anti-working class measures – and expulsions of socialists for being socialists, including many of us now in the leadership of the SSP!

Join With the SSP – Join the SSP 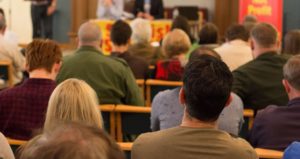 Our appeal to those defending Jeremy’s reelection is two-fold: