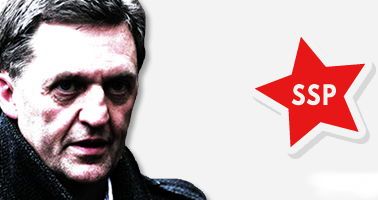 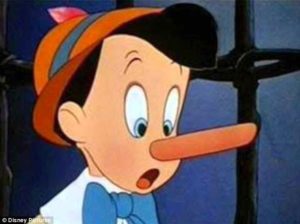 So as 18 September looms, all of us who favour the democratic right to self government for the Scottish people, as opposed to Tory dictatorship from Westminster governments effectively elected by the middle class ‘swing voters’ of so-called Middle England, need to demolish the mountain of lies pouring down from the No camp and mainstream media.

And the most dangerous liars of all are Labour politicians; who in the Scottish working class listens to the Tories and their Mini Me LibDems, after all?

Leave the scaremongering to Better Together, Alistair Darling, Gordon Brown, Johann Lamont and their likes: the harsh truth of life under Westminster rule already for working class people smashes their lies to smithereens. And a glance of what a No vote will lead to should be enough to scare the living daylights out of anyone who is not a banker, billionaire or over-paid Labour MP.

LIE: pensions safe with Westminster
They tell us workers’ pensions are threatened by independence. But a string of No politicians – Labour’s Ian Davidson, Coalition Pensions Minister Steven Webb included – have previously blurted out in parliament that state pensions would be perfectly safe and secure after independence. So too has the DWP, as far back as January 2013. Which hasn’t stopped the lies from pouring out since, of course. Many public sector workers are in pension schemes totally unconnected to the UK anyway. Strathclyde Pensions is a large example.

And in other countries affected by independence, such as Ireland, private sector company pensions have been protected by agreement between governments.

So a Yes vote is absolutely no threat to workers’ pensions. On the contrary, a No vote is a dire threat to us all: Westminster is rapidly raising retirement age to 70 for men and women, imposing increased contributions from workers, and slashing back the value of the state pension for those who manage to live long enough to receive it.

A Yes vote would give powers to Holyrood to banish that abominable treatment of older people, and the SSP will be at the fore of a battle to base state pensions on the level of a decent living minimum wage (at least £9 an hour in current figures), with voluntary retirement at 60.

LIE: get more powers for Scotland by voting No to all powers!
The Labour liars tell us they and their Tory allies will concede more powers if we vote No to winning all powers of government to Scotland! You couldn’t make it up. Nor can you afford to believe it. These promises are from parties that have a track record of serialized broken promises. On top of which Boris Johnson, arch Tory rightwing reactionary masquerading as a lovable buffoon, has entered the ring as future contender for Tory Prime Minister, telling the press “we don’t need to give extra powers to Scotland”.

But imagine these untrustworthy bunch DID grant a few extra powers in the wake of a No vote, under threat of a growing clamour for self-rule; what would these powers amount to? In essence, the power to choose which public services in Scotland are slashed, which privatized, which jobs cut, which set of workers to suffer a pay freeze, as Westmister still holds the purse strings and cuts Scotland’s pocket money.

LIE: Scotland’s NHS is safe under Westminster
Take the case of the NHS. Devolution up to now has shielded the Scottish health service from the worst excesses of its demolition in England. But the wrecking ball is swinging faster every day down south. The last Labour government doubled the amount of NHS privatisation in its last four years in office.

The Tories’ 2012 Health and Social Care Act has literally abolished government responsibity for health provision! It transferred £80billion of NHS assets from public health bodies to ‘Clinical Commissioning Groups’ who then advertise services for privateers to take over. Right now £5.8billion of England’s NHS is being advertised to the private sector, on top of the £10bn sold off last year.
As night follows day, a No vote would mean the privatisations and cutbacks in England’s NHS spreading the same cancer to Scotland’s devolved NHS. Why? The Scottish budget from Westminster is calculated as a percentage of government spending in England. Right now England’s £100bn NHS budget triggers £10.2bn payment to Scotland through the Barnett Formula. That’s £10.2bn compared to a total Scottish NHS budget of £12bn, and a total Scottish government budget of £30bn.

A No vote is bad for your health

These cold figures merely back up the horrendous prospects of cutbacks and NHS privatsiations, here in Scotland, that a No vote would lead to. And that hellish future is made more sure after the deal struck between the US and EU countries, the Transatlantic Trade and Investment Partnership, whereby US corporations can sue any government or health authority that blocks their takeover of the NHS (and other services) through privatisation!
A Yes vote would give Scotland not only power over NHS decisions, but over the funding and budgets that underpin those decisions. And the SSP will be at the forefront of a battle to build and invest in a modern, publicly owned NHS – including integration of pharmaceutical supplies to a public NHS – funded by taxation of big business and the stinking rich minority who today can afford the private health care unavailable to the rest of us. 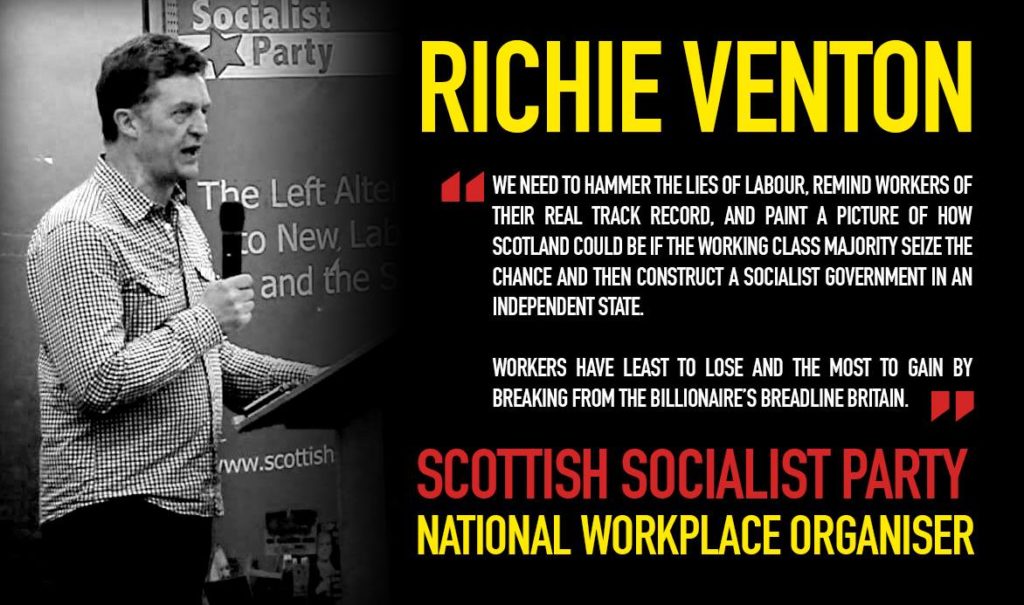 LIE: independence threatens shipyard and defence workers’ jobs
Another Labour lie is that independence equals job insecurity, particularly for shipyard and defence industry workers. Just glance at how secure these workers are under Westminster rule! After 111 years in business, Port Glasgow’s Ferguson shipyard has been shut. The last remaining commercial yard on the Clyde has shed it’s 77 workers – under the glorious advantages of the UK!

One of the reasons is the chronic dependency of Britain’s remaining shipyards on warships, aircraft carriers (with no aircrafts affordable!) and the entire war machine, rather than a well planned commercial and socially useful plan of production in areas like new ferries to replace Scotland’s aging fleet, or the potential Klondike of research, development and construction of marine engineering equipment for the offshore energy industry.

Jobs not bombs
A Yes vote would give us the powers to implement – and the SSP would have the political will to demand – public ownership of the shipyards, to secure and expand jobs, diversifying these workers’ skills into such socially useful, peaceful production.

Likewise with those dependent on Trident weapons of mass destruction for an income: leaving aside the £100bn cost of Trident replacement, just the upkeep of the current monster will cost Scotland £1bn for the next decade, which independent research (by the Holyrood search unit) has shown could instead pay for 2,700 teachers, or 3,300 nurses, or 125 new primary schools, or 40 secondaries, or 40 community hospitals! And Trident only accounts for 520 jobs anyway, which could easily be protected doing other work.

TRUTH: vote Yes or suffer the consequences
The choices are stark. The horrible insecurities and cataclysmic assaults on the working class that a No vote would usher in. Or the unique opportunity for radical and socialist change that a Yes vote would empower the working class with.

Life never offers guarantees. But provided working people – including those engaged in political campaigning for the first time in their lives through the Yes campaign – get and stay organised to battle for decent jobs, a living minimum wage, increased pensions and benefits, expansion of the NHS and other public services, and demand the public ownership and taxation of the rich to fund these, then Scotland can become a beacon, a model of equality that workers in other countries will aspire to imitate.

That’s the real choices – not the serialized lies of Labour and their Tory allies.

And the SSP will continue to build for an independent socialist Scotland where these dreams become reality.