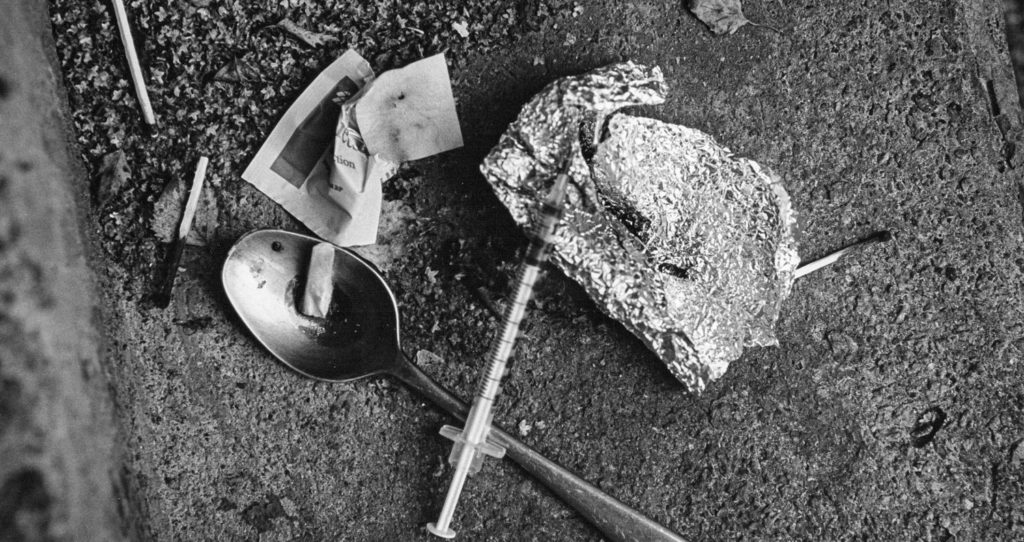 The data breakdown is a depressing read. Opiates – heroin, methadone and some prescribed painkillers – claimed 87% of the total. The statistics also show that use of heroin and diazepam (aka. valium – used to treat anxiety, alcohol withdrawal, and seizures) in combination is an increasingly fatal trend.

In response to the figures, Bill Scott, Senior Policy Advisor for Inclusion Scotland, said: “Drug deaths, self harm and suicides were all predicted to rise by Public Health professionals as the impact of austerity began to bite. That’s exactly what has happened. In Scotland addiction to drugs is 14 times higher in areas of deprivation than in affluent areas.”

The wretched reality is that most drug-related deaths are entirely avoidable. For decades the crusade against drugs and users has been peddled by consecutive governments, with support from reactionary newspapers. It has achieved so little.

The Scottish Socialist Party takes a more enlightened view. We believe that drug deaths is part of a public health epidemic and the solution lies predominantly in the provision of health care. While drug classification is reserved, Scotland can use devolved powers over health, policing, justice and public services to intervene and save lives.

The central political argument for us is to remember, beyond question, that addicts and drug users are human beings. With support, care and dignified interventions – we can make them whole again. Most of the root causes, as with other areas of public health, amount to class.

If Tories in the City were dying of cocaine at the rate poor people in Scotland are dying of opiates, they would decriminalise drugs in a heartbeat. This is a class issue.

Although no-one is immune to drug deaths, the evidence shows the better your socioeconomic status, the more options are available to stay safe and get clean.

With increasingly difficult, precarious lives, or coping with abuse or other deep unresolved traumas, it’s understandable why many choose dangerous intoxication over the lived quagmire of sobriety.

Austerity – whether imposed by Westminster or passed down by Holyrood – kicks away the fabric of social support, and stigma around drug use means users often face the grim consequences of addiction alone. This leads to cyclical neglect, fear, shame, degradation and desperation which can last years. It results in people broken, alienated and without hope.

To effectively break this cycle of misery, further interventions are needed. A slate of policies, programmes, services and actions that work to reduce the health, social and economic harms from using drugs – harm reduction – are also essential.

The SSP’s flagship harm reduction policy is letting doctors prescribe clean heroin to registered addicts. This has been our policy since 1999, when most of the political establishment and newspaper columnists denounced us as the “pusher’s party”.

It sounds counter-productive on the surface – giving addicts free, clean heroin to lower drug deaths – but it works. The last such heroin prescription programme in Liverpool led to a massive drop in shoplifting. So much so Marks & Spencer praised the policy and sponsored a World Conference on Harm Reduction.

Far fewer people die when prescribed clean heroin, taken in a safe environment. Why? The risk of overdose under supervision is non-existent, and drug dealers trying to increase profits cannot mix prescribed heroin with impurities and poisons.

Prescription smashes organised crime’s cartels preying on desperate addicts and loosens the grip of murderous dealers across working-class communities. It banishes dirty needles and improves public health. It curbs shoplifting, housebreaking and petty crime – people don’t need to steal or get others hooked to feed their addiction. It saves a fortune on jails.

Most importantly, it allows addicts to rebuild their lives and work; users can wean off under supervision when they’re ready and got their lives in order.

There are very few policies that weigh so heavily on what is utilitarian and morally right. Prescription is one of them.

Decriminalisation of users is another way forward. The approach taken by the British state has been a legacy of criminalising users and possession, shoving people through the courts and filling up jails. It an ineffective harm reduction policy – doing nothing to address use, addiction, relapse, degradation, crime and self-harm.

The Scottish Socialist Party advocate using the experience and evidence-led policy of doctors, drugs charities and addiction support workers, not the wasted millions and continued failure of law enforcement.

Nowhere in the world has drug prohibition ever worked. In countries with the toughest anti-drugs laws (e.g. the USA – undergoing its own well-documented opioid epidemic), the problems of drug use are most chronic. Where more progressive approaches exist, like in Portugal, the Netherlands and Switzerland, drug use kills far fewer people and correlated social problems like petty crime and prostitution are less severe.

The political will to intervene is everything. The Tories didn’t listen. Neither did clunking-fist authoritarian Labour. The SNP are showing some willingness to consult, but on the necessary investment and financing it, they’ve got a long way to go.

The Scottish Government have cut nearly £5m in real terms from Alcohol and Drug Partnerships since 2014/2015 and have chosen to not touch income tax powers much from 2015 levels. They’ve also rejected replacing the council tax with a better revenue raising option.

Passed down Tory austerity leaves local government pared to the bone, and unable to pick up the pieces. And that’s the heart of it. Investing substantial public money to rebuild the necessary programs, communities and fulfilling lives which people need to cling on to.

It is about the choices we want to make as a society.

Every one of the death statistics had a story. Instead, let’s make them life stories. It’s long past time to listen to class-oriented, evidence-based drug policy, and to then invest and act on it.