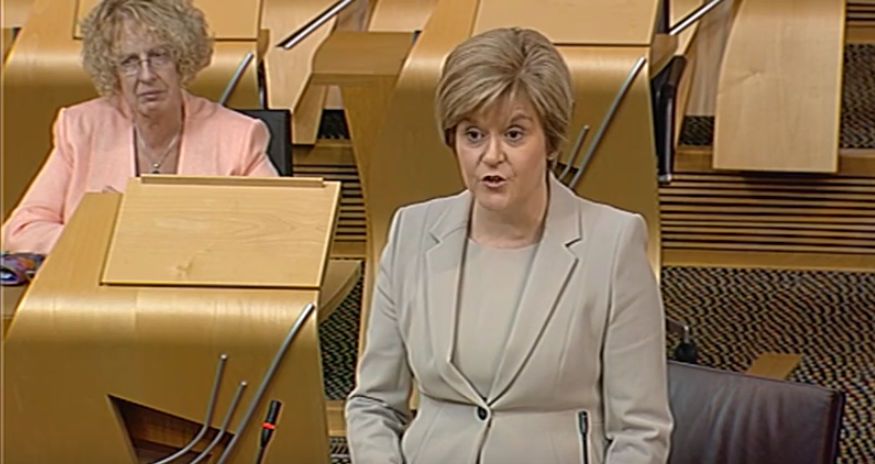 First Minister Nicola Sturgeon yesterday announced she has decided to keep the unfair Council Tax. The SNP leader told the David Hume Institute in Edinburgh she has ditched the party’s long standing promise to scrap the Council Tax and replace it with an income based alternative.

Full details of the policy reversal are due to be unveiled next week but reports suggest the SNP intends to retain the hated Council Tax and widen the gap between Band A and Band H properties.

The First Minister has ignored the conclusions of the Scottish Government’s Local Tax Commission which warned the Council Tax could not be made ‘progressive’.

SSP co-spokesperson and RISE candidate Colin Fox said he was disappointed but not surprised by the move. ‘Despite being warned by the Local Government Tax Commission it was not possible to make the Council tax ‘pigs ear’ into a ‘silk purse’ – Nicola Sturgeon has ploughed ahead regardless. In jettisoning their promise of a progressive alternative in favour of this ‘pigs ear’ they have abandoned low income families in Scotland when they needed help most.

‘This news comes ahead of a RISE ‘Day of Action’ across Scotland this Saturday where campaigners will put the case for replacing the Council Tax with the Scottish Service Tax – an income based alternative where the burden is shifted from the low paid towards the better off.’

Read the SSP’s contribution to the Local Tax Commission arguing the progressive nature of the Scottish Service Tax.