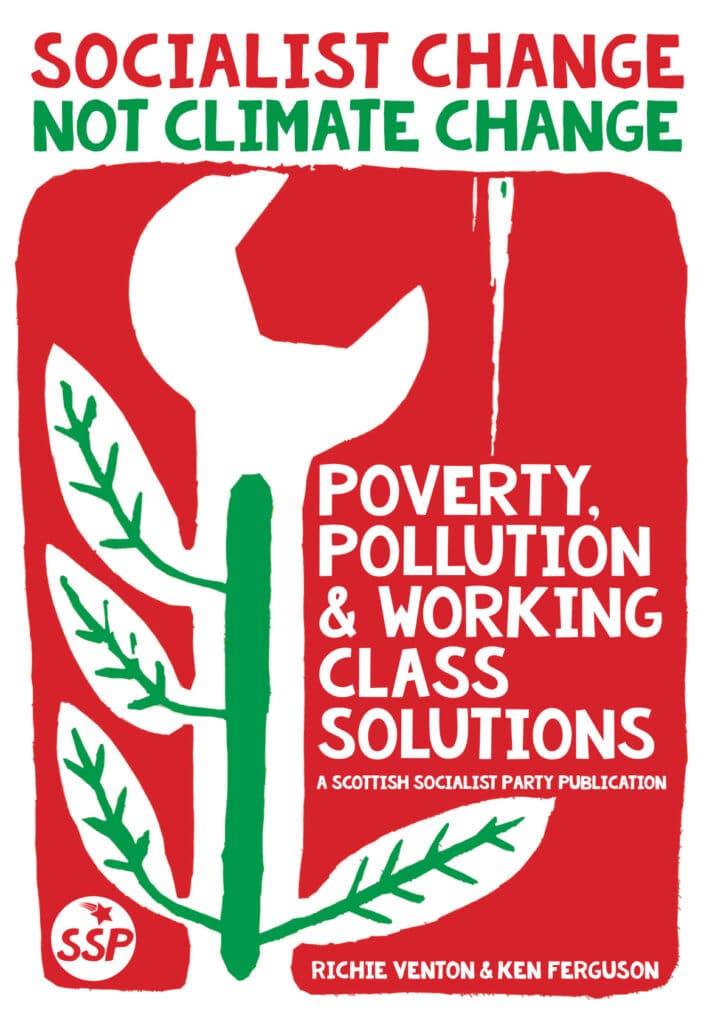 COP26 is coming to Glasgow. The Scottish Socialist Party has announced the release of Socialist Change, not Climate Change: Poverty, Pollution, and Working-Class Solutions to argue the case for a Socialist Green New Deal.

Millions of the poorest people suffer most from the rising climate crisis, caused not by ‘humanity’ but by the economic system – capitalism – which for centuries has exploited workers’ labour and plundered the planet’s resources in the insatiable greed for profit for a tiny, powerful minority.
This thoroughly researched, very readable 76-page book powerfully argues against any trust in the capitalist system which created the escalating economic and ecological crisis being able to solve it.

Richie Venton is a lifelong trade unionist and socialist, widely respected for giving leadership and organising solidarity with communities and workers in struggle. He was elected by Scottish members to his Usdaw union’s NEC (2018-21) and is the SSP’s national workplace organiser.

Ken Ferguson is a convinced eco-socialist and editor of the Scottish Socialist Voice, the fortnightly paper produced by the SSP. He has worked as an industrial reporter in Fleet Street. He was a media officer in local government in England and Scotland, and for the SSP MSPs.