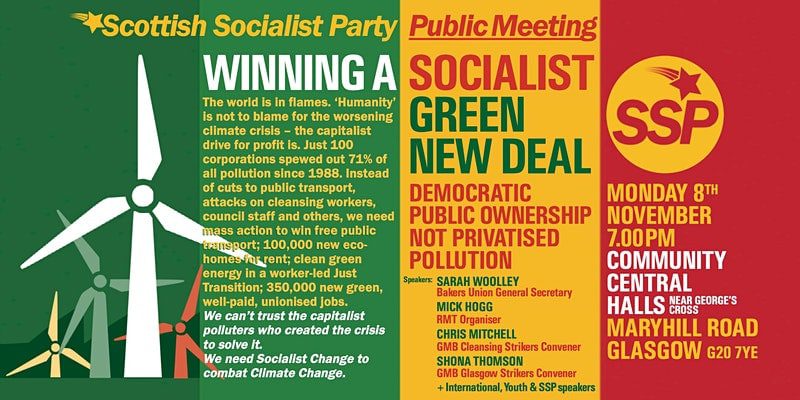 As well as workers and young people on the front line, and an SSP speaker, we are delighted to have the general secretary of the Bakers Union (BFAWU) SARAH WOOLLEY as a guest speaker.