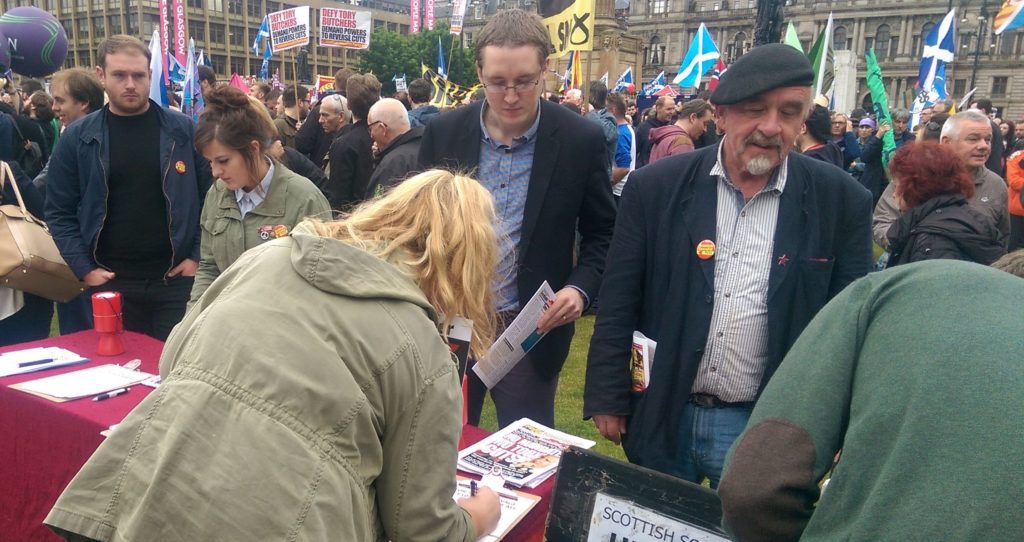 This was another important step forward for the SSP as Scotland’s 100% anti-austerity, socialist party, making our mark on the 5,000 who attended the event.

We had a strong selection of SSP placards with our key messages – and even some imitators that decided our slogans about ‘Defy Tory Rule’ was worth putting on their group’s placards too. Imitation is the sincerest form of flattery and all that!

We had a tremendous number of members there, staged many SSP street stalls, issued thousands of leaflets, talked to a big proportion of the crowd.

We hada packed SSP public meeting, with many having to be turned away due to interest. It was a large group in Waxy O’Connors – we had leaders of the Calmac ferry strikers and the ongoing Glasgow Homeless Caseworkers strike speaking, as well as SSP national co-spokesperson Sandra Webster and workplace organiser Richie Venton. The big contingent of both sets of workers who attended thoroughly enjoyed and appreciated it, saying so afterwards – as did several new people who asked to join the SSP at the end. 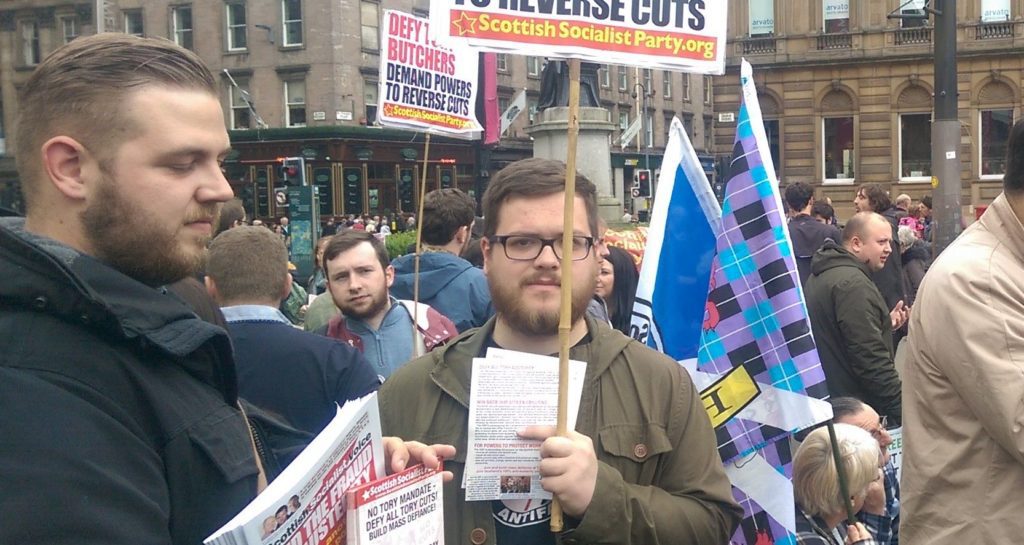 Thanks to all who put in time and effort on a hundred small tasks that made it that success – including making placards, making banners, mobilising members, staging stalls, issuing leaflets, selling Voices, and participating in and organising the meeting. Social media surrounding the event was alive with pictures, commentary and live–streaming video. And thanks to everyone at the STUC who organised the main demo, everyone who attended and offered messages of comradely support and made the day the enormous Tory-defying success that it was. Despite this, the struggle continues. See you on the streets!