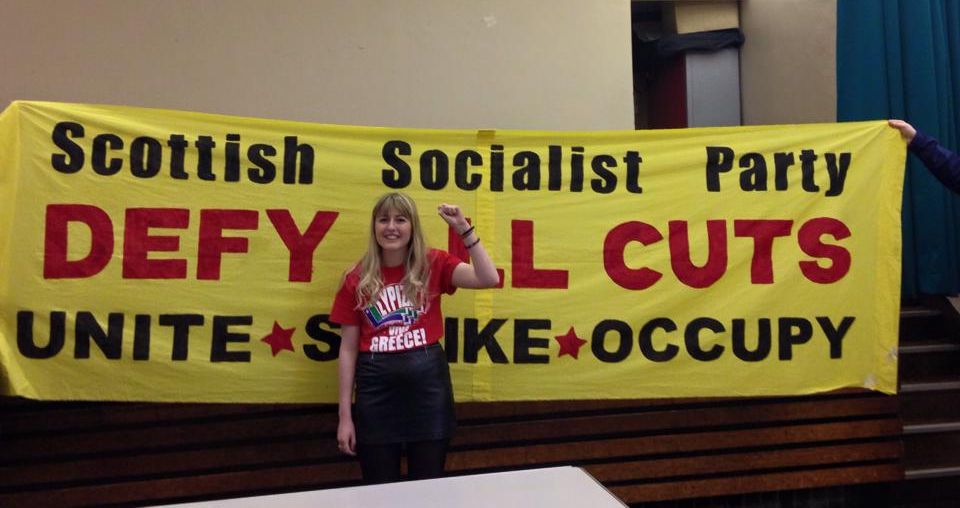 Following our very successful public meeting, ‘Defy Tory Cuts’ in Pather community centre on Wednesday night, I began to think and imagine what differences could a proper socialist voice make and what kind of impact could a socialist really have sitting on local councils.

In reality we don’t have to think that hard or imagine anything. The evidence is there. Currently we have an elected councillor Jim Bollan, in West Dumbartonshire. Jim has been on the front-line of council politics for 28 years and with that wealth of knowledge, commitment, and experience has helped in his time as a councillor. Some examples of the great work done by Jim and the SSP showing the effects which a Socialist which can have on local councils:

At the meeting we held on Wednesday night SSP national co-spokesperson Colin Fox, who grew up not too far away from the hall itself, reminded us all of the great working class and socialist traditions we have in the local area stretching back nearly 200 years.

Lanarkshire led the way in pioneering socialist thinking and action through projects like the New Lanark Mill building with it provision of a school and clean spacious housing provided for the mills workers in the early 19th century. Holytown being the birthplace of Keir Hardie one of Scotland’s most famous socialists who was the first independent Labour party member elected to Westminster later changing the face of British politics and becoming Labour party leader. Motherwell even electing Britain’s first communist MP in 1922.

We also had two representatives from the Glasgow Homeless Caseworkers in their 12th week on strike against Labour run Glasgow city council in a dispute over the right to the same pay as other front line staff in the public sector. Chris and Steven spoke magnificently on the night clearly explaining their plight and vital work they do helping and protecting some of the most vulnerable in our society who have nowhere left to turn.

With another 5 years of Tory majority rule in Westminster fights such as this will only become more frequent and more intense we urge everyone to support and show solidarity with this cause and to elect real socialist opposition to the planned Austerity measures on every local council. Vote for SSP a candidate whose only objective is to represent those who elect them fairly and justly unburdened by keeping corporate party donors happy or shady backdoor deals for land-grabs and council contracts.

Every one of our members has the core objectives of defending our public services against savage government cuts, if elected as a councilllor being the clear and honest voice of every constituent on every council meeting and fighting the bureaucracy that has infested councils all over Scotland.

This is about people before profit. Need before Greed. The need for socialism hasn’t gone away or became outdated, Affordable housing, decent wages, Job security and fighting to protect and improve our education and healthcare services are still at the core of our fight.

This article was previously published on the Motherwell and Wishaw SSP website, and we’re proud to republish it here.