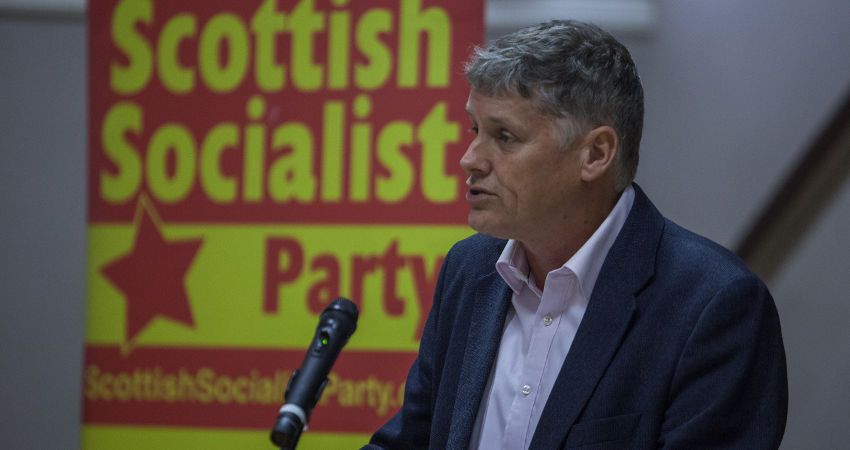 “A campaign is underway in the Scottish media to portray Ruth Davidson’s Tories as the ‘real’ winners of this General Election north of the Border despite them being again comprehensively rejected here” warns SSP national spokesman Colin Fox.

He continued: “All the polls suggest the Tories will win this General Election at UK level with a big majority. But they also conclude this will occur despite being rejected in 90% of Scottish seats.”

“This ‘zombie election’ threatens Scotland with another nightmare – 5 more years of a right-wing Tory government with no mandate north of the Border. We didn’t vote for them last time or the time before that, we will not vote for them on June 8th either and yet we are set to be lumbered with them yet again.”

The nationalists need to outline how they intend to secure Independence when the Parliamentary arithmetic leaves them powerless.

“That anti-democratic reality refuses to go away. The only way to avoid it is via Independence.”

“It falls on the SNP manifesto this week therefore to explain how this spectre is to be exorcised. The nationalists need to outline how they intend to secure Independence when the Parliamentary arithmetic leaves them powerless. And they need to mobilise Scottish public opinion behind self-determination in a way they have thus far failed to do.”

SNP candidates across Scotland insist this election is NOT about Independence

“But their ‘resistance’ will be completely undermined if they do not secure an unequivocal mandate for Independence from this election. They have still not explained how they will secure a second referendum in the face of Theresa May’s intransigence.”
“Since she called this election the Scottish Socialist Party has argued independence must be put at the heart of this contest. Thus far the SNP has not done so. Indeed SNP candidates across Scotland insist this election is NOT about Independence but rather about ‘protecting Scotland’s interest in the forthcoming Brexit negotiations.”

“For us independence is not an end in itself rather the route out of low pay, zero hour contracts and precarious employment, fuel poverty and the growing wealth gap that results from policies that pamper the rich. And it is the only escape route we have to avoid Tory Governments we did not vote for.”

“We continue to set out a range of policies to tackle the problems facing working class people and open the way to an independent socialist Scotland, a democratic republic.”