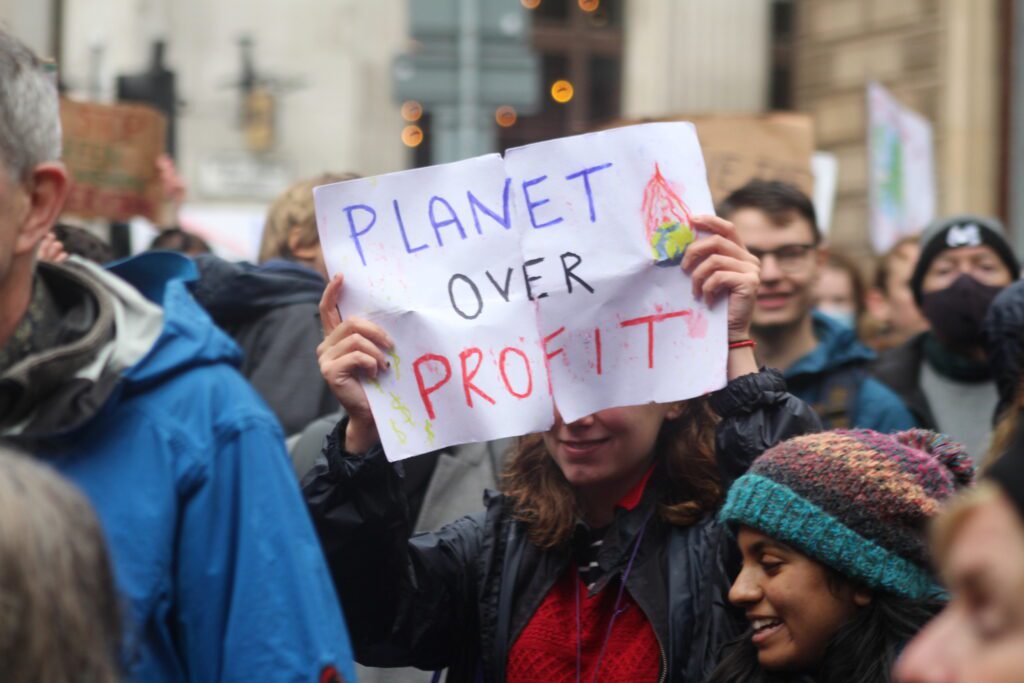 The Scottish Socialist Party joined the Global Day of Action for Climate Justice march through Glasgow – coinciding with hundreds of similar events worldwide.

The Global Day of Action is the largest protest in Glasgow since the 2003 campaign against the Iraq War – emphasising the urgency and global scale of what must be done.

“The climate and ecological crises are already here. But so are citizens from around the globe.

“Leaders rarely have the courage to lead. It takes citizens, people like you and me, to rise up and demand action. And when we do that in great enough numbers, our leaders will move.”

The SSP is campaigning on the streets and picket lines at COP26 for a Socialist Green New Deal to put democratic public ownership of major industry, infrastructure, energy, land, transport, agriculture, aquaculture, and finance at the heart of an economy fit for the 21st century – creating 350,000 new, well-paid, fully unionised green jobs in Scotland through restoring local manufacturing and modernising infrastructure.

Just 100 private companies are responsible for 71% of global pollution since the 1980s.

Essential action on the climate crisis has been delayed for decades for the sake of private profit, putting human life in danger while the super-rich get richer.

Major corporations have a dark reputation for concealing the damage caused by greenhouse gas emissions, funding climate change denial misinformation, and greenwashing their exploitative and unsustainable practices around the world.

The Global Day of Action has driven home why we need global change now.