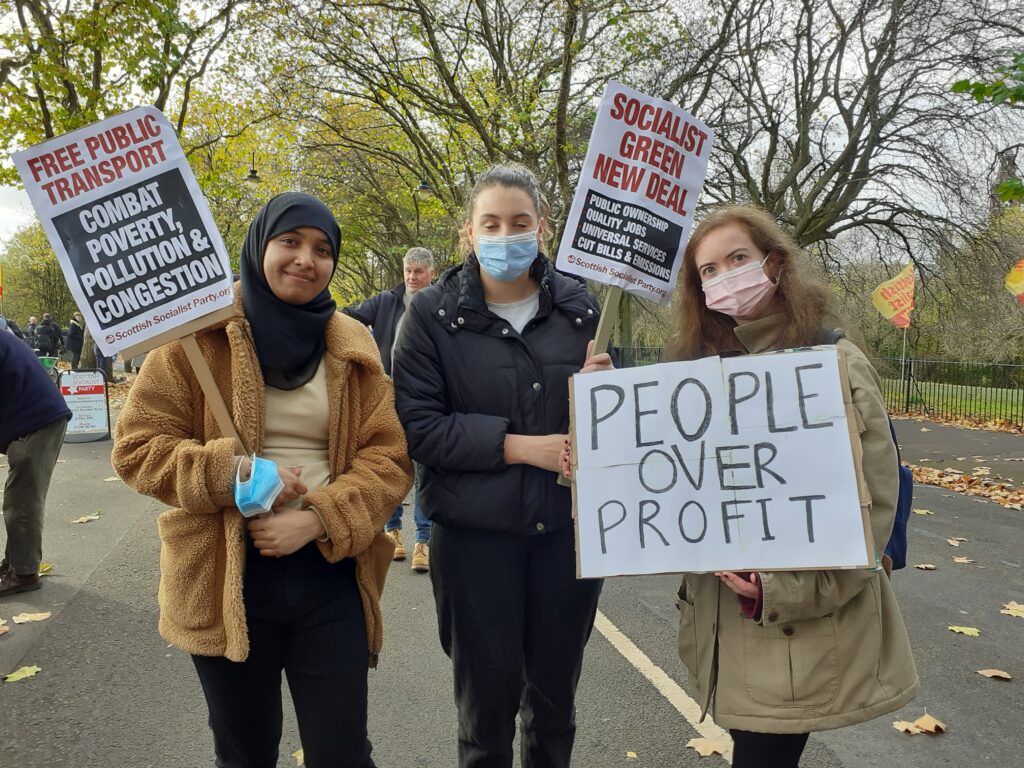 The Scottish Socialist Party today joined thousands of protestors, climate activists, and young people in the Fridays for Future march through Glasgow.

Greta Thunberg told the George Square rally that COP26 is “a global north greenwash festival – a two-week-long celebration of business as usual”.

The SSP is campaigning for a Socialist Green New Deal, and a radical programme of economic change that tackles pollution and poverty together.

Capitalism is the root of the climate crisis – and capitalism IS the crisis. The world cannot afford “business as usual”.

By expanding democratic public ownership of key sectors such as energy; by winning a worker-led Just Transition that secures jobs, better pay, and improved conditions; and by delivering immediate improvements to life quality with free public transport and guaranteed access to affordable social housing, we can build a sustainable, democratic economy that goes beyond “business as usual”.

“That’s the only way this will work. So how do we stop global warming and stop rising inequality?

“One of the things we could try is to introduce free public transport. Give people a better alternative to using their car. Free underground, free busses, free trains.

“It gets people out of their car, redistributes wealth, reduces emissions, and improves the quality of people’s life. That’s the message at this enormous protest here today, in the centre of Glasgow.

“I’m delighted to see so many young people here protesting for their future, and a future that belongs to working-class kids the world over.”