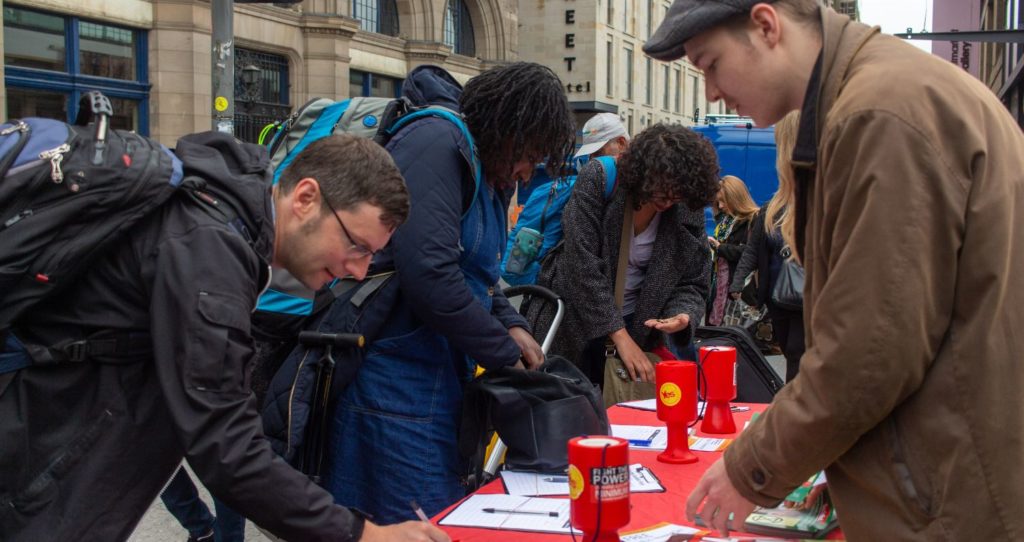 This policy is not a new one for the SSP, having repeatedly raised it as part of our plans for public ownership of Scotland’s transport network- to be run for the benefit of workers and customers instead of profiteering bosses and as a major contribution to tackle climate change.

Recent school strikes and Extinction Rebellion protests reflect a new focus in the mainstream media and sections of society towards the impending climate crisis which gives bold solutions like this a renewed sense of relevance and urgency among non-socialists.

For Free Public Transport will not only tackle inequality and isolation through its universal approach, but also give workers an incentive to leave their cars at home in aid of reducing CO2 emissions.

For this reason, Lichtenstein this month became the first country to implement Free Public Transport nationally, following a number of local trials in cities across Europe.

Research has found that Free Public Transport will more than pay for itself; with the £800million annual running costs being dwarfed by the projected £1billion+ extra it will generate for the Scottish economy each year.

This includes reducing NHS workload of avoidable illnesses caused by pollution and reducing the need for road maintenance linked to congestion.

Free transport will open a range of work, leisure and tourism opportunities for workers, currently restricted by rip-off fares, which will boost local economies across the country. It is one of many steps that can be taken to make workers suffering wage stagnation and a rising cost of living better off, so we might actually have some money to spend.

Not to mention the skilled jobs that will be created in transport infrastructure to meet the already dire need for investment to increase capacity. Steps like this to kick-start a new wave of re-industrialisation based on sustainable industries only seem possible when the driving force is need not greed. Democratic public ownership is key to putting Scotland at the forefront of progressive environmentalism.

This policy encapsulates the socialist approach to averting climate chaos: improve workers lives through imaginative and sustainable alternatives to the current system. We’re bucking the trend in the current climate debate as most ‘solutions’ proffered by the parties in power make workers pay for the destructive actions of corporations in cahoots with those same politicians.

As readers will expect, the reception we received across the country was tremendous, with many workers sharing our view that abolishing fares is a ticket out of this mess.