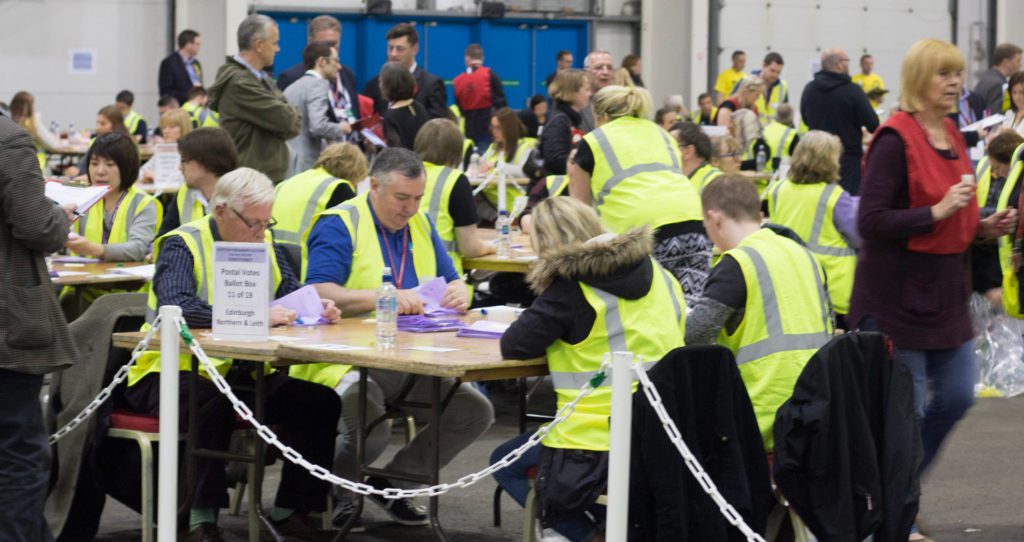 The European elections in Britain were held in absurd circumstances and the results reflected it vividly. Three years after voting to leave the EU, Britain was compelled to send 73 MEPs for another five! The election was a rerun of the 2016 Referendum, only more polarised and bitter. Parties with a hard line position on Brexit performed best. None more so than the Brexit Party who took 32% of the vote and won the most MEP’s. Hard line ‘Europhiles’ such as the Lib-Dems, the SNP and the Greens also advanced on the other side of the divide. For the Tories and Labour the outcome was both abysmal and unprecedented. The UK’s governing party fell below 10% of the vote and Her Majesty’s loyal opposition not only failed to capitalise but trailed in 6th in the City of Edinburgh.

The European elections will of course soon be overtaken by events, but history will nonetheless record they contained the worst general election results the Conservatives and Labour have ever had. Theresa May’s pitiful resignation as Prime Minister complemented a humiliating reverse for her party at the polls. The last EU election in 2014 saw the Tories trail in 3rd in a general election for the first time in their history. This time they were fifth!

Labour also saw its support evaporate. In the Derbyshire mining seat of Bolsover for example, which Dennis Skinner MP has represented for 40 years, they trailed in 5th with barely one in ten voters backing them. Corbyn now faces enormous pressure from the Labour Right to back a 2nd referendum and to abandon Leave supporters to Brexit. Like the Tories, Labour’s ongoing ‘civil war’ could break out again over Brexit.

This was a polarised, single issue election. The Brexit Party scooped up Leave voters furious that their 2016 mandate had not been implemented. ‘Remainers’ meanwhile flocked to the Europhile Lib Dems, SNP and Greens. Traditional Labour and Tory voters revolted in unprecedented numbers. In 2017 these two parties secured 85% of all the votes cast. This time it was 25%.

Where are the crumbs of comfort then for those, like the Scottish Socialist Party, who do not see the world through the prism of Brexit?

In the short term at least there are not many. The turnout was below 40%, showing that neither side in this debate represents the view of those sick and tired of Brexit, who want it resolved and who see other issues like poverty pay, austerity, crumbling public services and climate change as more important.

Brexit continues to suck the life out of all other political discourse and it will unfortunately continue to do so for some time to come. It is still likely Britain will leave the EU. There is no majority in Parliament to stop it. Britain must now endure three months of a Tory leadership election then watch MPs return to the impasse over what deal to agree with the EU. Theresa May’s successor will inherit a huge political conundrum and a UK deeply divided over this issue.

Scotland meanwhile elected three SNP MEP’s, one from the Brexit Party, one Tory and one Lib-Dem. Whilst this result will be cheered by SNP supporters as a vindication of its unrelenting pro-EU propaganda, it did nothing to advance the Independence cause which, as the SSP has repeatedly pointed out, is far more profound than whether we voted to Remain in 2016 and yet face departure from the EU.

The case for self-determination was once again not made by the SNP in these elections. And in adopting the Growth Commission’s conclusions, as they did recently, they not only tie the chance of victory to a failed free market model but impede the chance of securing the support of Scotland’s working class majority.

The election results across the EU contained bad news too for the Left as we recognise it. The socialist bloc lost support in Spain, Greece, Germany, Italy, Holland and Portugal. And as our International Secretary Bill Bonnar points out in the Voice, the Left bloc in the EU is now one of the smallest organised groups in the Parliament. The reasons behind that decline demand serious attention from socialists all across this continent. Part of the reason is undoubtedly down to the low levels of class consciousness and class struggle across Europe.

The Financial Times last week published figures showing a continuing fall in trade union membership across the continent, this as the exploitation of the labour force grows and grows. In many countries of Western Europe it is now below 20% of the workforce. And in Eastern Europe they are barely present at all. The socialist Left clearly has to be more effective in getting our unique, progressive message out to workers across Europe.

This piece has been published in the Scottish Socialist Voice 521. Pick it up from your branch, street stall or subscribe online, for delivery straight to your home or inbox.