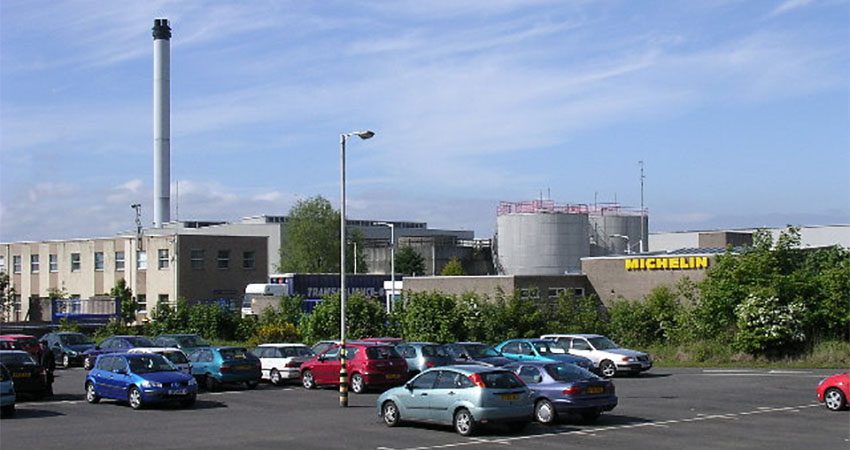 ‘This announcement is a devastating blow to the workforce and to Dundee. However, they have faced this situation before and overcome it due to their commitment and resilience.”

“We will give the workforce and their union Unite every possible support to do so again and to ensure that Michelin continues to operate in Dundee”.

“The company needs to meet its obligation to explore with the union every avenue to retain activity and jobs at the plant and both the Scottish and UK Governments and their agencies need to work all out with the union to put in place an alternative plan that will retain Michelin in Dundee and secure the jobs at risk.

He said: “In the last four years this has happened in Italy, Oranienburg in Germany, Ballymena and now Dundee.”

“Each time on is “voted off” the staff, and those remaining are exhorted to greater efforts and sacrifices or they might be next,”

The trades council was, he said, shocked at the loss of so many well paid unionised jobs adding that it would decimate the city’s industrial base which has been in decline now for 50 years.

The Trades Council said: “We offer unqualified support to the trade union Unite in their fight to retain jobs and to represent their members who the company are intending to dismiss.”

Mr Arnott added: “This is devastating. I hope our political leaders in Dundee and Holyrood have targeted support for retaining and encouraging manufacturing with the Tay Cities deal.”

“We are crying out for an industrial strategy which can address this kind of issue.”