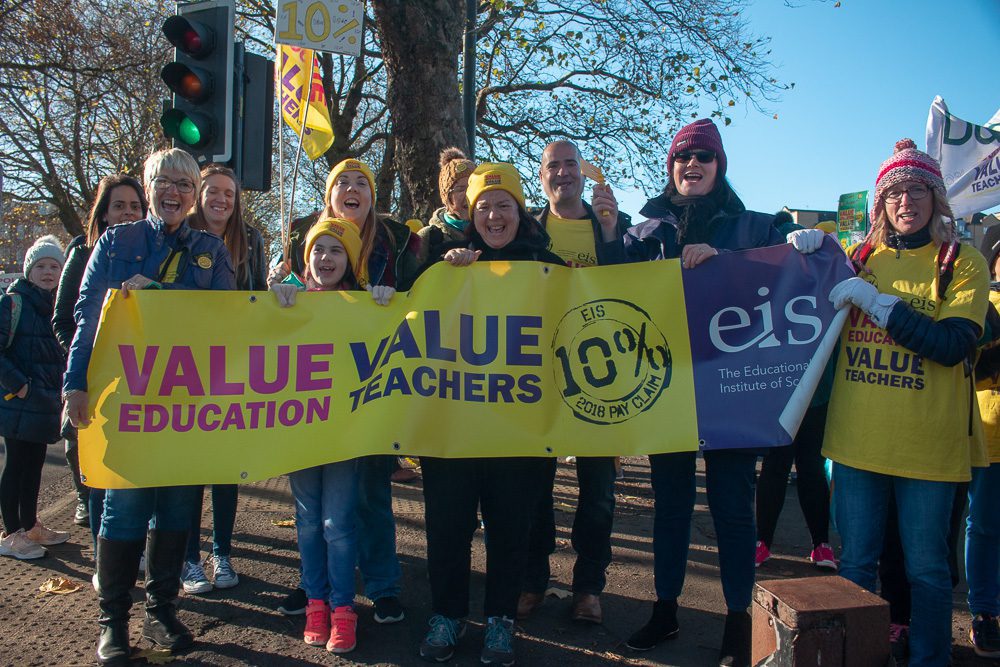 The Educational Institute of Scotland (EIS) has begun balloting its members on a ‘final’ pay offer from the Scottish Government and COSLA.

The SSP attended and supported Saturday’s march and rally to support teachers and support workers in their modest demand of 10%.

Today, SSP workplace organiser Richie Venton said: “Like millions of other workers, teachers have been mugged by a succession of Tory and New Labour governments.”

“This is one of only 5 countries in the advanced economies where teachers’ real wages have dropped – by a quarter in the past 10 years, in Scotland’s case.”

“Loss of real pay has made it harder to recruit and retain teachers, with many taking early retirement. Add to that the mounting workload, paperwork and overcrowded classes and we bègin to grasp why 20-30,000 marched for the 10% claim.”

“The anger has been turned up another notch by the outrageous moves by politicians in Cosla and the SNP government to bypass and undermine the teachers’ union, with their letter to teachers’ homes, seeking to divide and defeat them in their attempts to recover just some of their lost wages.” 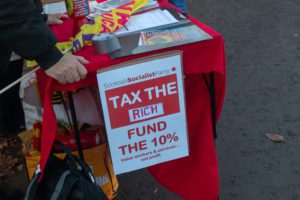 “Teachers at the mammoth demo told me the latest offer would at best only bring salaries back up to 2012 levels. So a decisive rejection in the EIS ballot will force the employers to go home and think again.”

“The SSP has no hesitation in supporting teachers in fighting to win back some of their stolen wages. We value workers and public services, not austerity in pursuit of bigger profits and tax cuts for the rich. Tax the 1% richest to fund the 10% pay claim!”