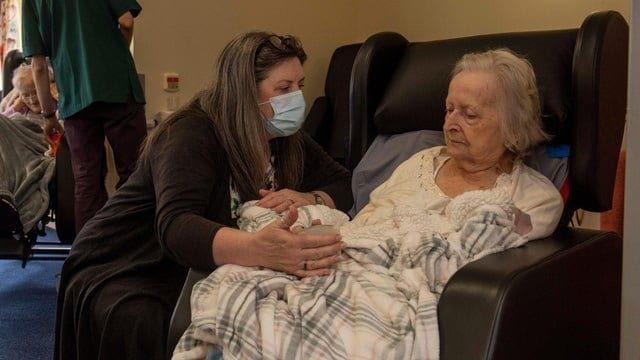 It aired hard on the heels of the revelations in the Guardian of plans to take social care in England into the NHS under consideration by the Westminster government.

This takes a similar direction to the SSP’s demand for the creation of an NHS-style National Care Service, democratically managed and free at the point of need.

It also sharply contrasts with the warm words and vague promises from both the SNP and Labour.

On the programme itself asking ‘was enough done to protect elderly residents from COVID-19? And were staff and residents given enough protection from the virus?’ One must also question whether the programme pulled its punches?

Any honest examination of the issues would surely question whether the Coronavirus pandemic merely brought to the surface the underlying systemic failures. Are our care homes, and indeed the entire care model in Scotland, fit for purpose?

Many don’t think so and have put that view on the record:”

‘After at least two decades of talking about it, we do not have a fair and properly resourced adult social care system in this country with a proper set of workforce supports.’ Sir Simon Stevens, Chief Executive NHS England.

‘We failed to shield the vulnerable because social care services are fragmented, privatised and underfunded. And now the news is grim. This is a truly appalling situation’ Dr Allyson Pollock [Consultant in Public Health Medicine] and Dr Louisa Harding-Edgar [Glasgow GP and Academic Fellow].

‘Of all the mis-steps in tackling coronavirus, the epidemic in our care homes is the worst. In Scotland half the 4,000 deaths occurred there.’ The Financial Times

‘The care home Covid 19 deaths are the greatest failure of devolved government since the creation of the Scottish Parliament’ Common Weal.

‘The Covid-19 crisis has further exposed just how desperately the care sector needs reform. The NHS must be its inspiration. The government must create a system fit for the future’ Unison Asst. General Secretary Christina McAnea

‘I have huge sympathy with the idea [of a National Care Service in Scotland]’ First Minister Nicola Sturgeon at FMQ’s June 2020.

“The Scottish Socialist Party believes the residential social care model in Scotland is not fit for purpose and campaigns for a National Care Service fit for the 21st century that is free at the point of need, publicly owned and run – like the NHS – democratically accountable and does not cost £60,000 per annum to access support.

More people died of COVID-19 in our residential care homes in Scotland than in our hospitals. They died not in state-of-the-art NHS facilities but in homes that were little more than bed and breakfasts.

In total 1, 950 people died in [largely] privately run residential care home; 78% of those who died were residents in private homes run for profit.

Many were moved out of NHS hospitals without being tested for COVID-19 to ease ‘the bed blocking in our hospitals’. So elderly, vulnerable, and confused patients were moved into glorified bed and breakfasts to die a lonely and isolated death and were denied the solace only family members can provide in their last hours.

The Scottish Care Inspectorate – the industry watchdog – told BBC journalist Marc Ellison [27/7/20] they refused to release information about the number of care home deaths ‘as it had concerns it would compromise the sectors ability to function COMMERCIALLY in already challenging economic circumstances’ adding ‘releasing such information would impact on the homes ability to engage new staff and attract new fee-paying residents’.

“It would appear the industry watchdog was itself more interested in covering up the scandal than exposing its causes. This poses huge questions about the credibility of the Scottish Care Inspectorate itself and casts doubt on whether it has the right priorities, serves the interests of both residents and the wider public and surely cast doubt above all on whether it is itself fit for purpose?

Why doesn’t the Scottish Government advocate a National Care Service fit for the 21st century, free at the point of need, publicly owned and run, complementing the NHS and democratically accountable? The answer would appear to be money and the political power of the private care sector who, according to the House of Commons Register of Members Interests, have 80 MPs working for them as ‘advisers’, ‘consultants’ and ‘Company Directors’!”