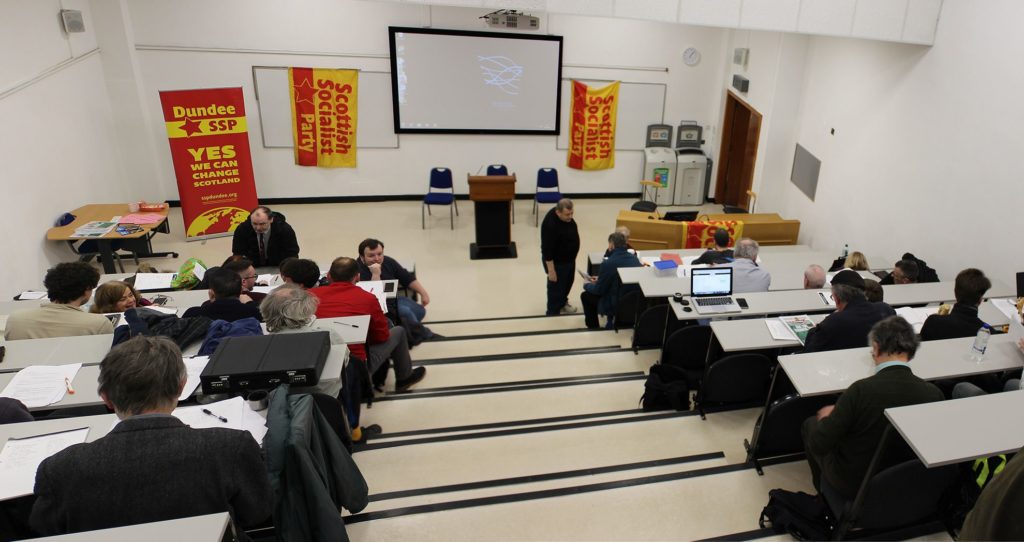 At the February National Council, SSP members backed a Remain vote in the upcoming referendum on the United Kingdom membership of the European Union.

Two motions were considered in the European question debate, with supporting evidence from Hugh Cullen of Stirling branch (backing a Remain vote), and Gerry McCartney of Renfrewshire branch (backing a Leave vote).

There were also successful motions on improving the party’s communications ways and means, genital mutilation and co-ordinated campaign support for municipal anti-cuts struggles. 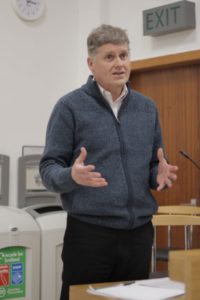 National co-spokesperson Colin Fox said: ‘The Scottish Socialist Party National Council meeting in Dundee reiterated our view that the European Union as currently constituted is an anti-democratic bosses club controlled by corporate Europe and is pursuing a neo-liberal agenda against the interests of its citizens. That is not the Europe we favour and we will work with others to change it.

‘Whilst we will recommend a vote to remain in the EU when Britain has a referendum we believe this is the lesser of two evils.

‘We do not support UK withdrawal, nor do we back this bosses Europe. Instead we will campaign for a socialist Europe which is democratic, pursues peace in the world rather than warmongering, welcomes refugees, and above all where the riches of the continent are shared out equally between all its 500million citizens.

‘This is a vision we share with many other socialists across Europe. And we will continue to work with them towards its achievement well aware of the enormity of the task that confronts us all.’

2 thoughts on “SSP backs a socialist Europe, and a Remain vote in the EU referendum”