Just before the SSP National Council in Dundee on February 13th, the party took part in the annual commemoration of International Brigadiers from that city. This year sees the 80th Anniversary of the start of the Spanish Civil War although this is a misnomer. In fact, in 1936 the country was attacked by the forces of international fascism.

The country had just elected a left wing Republican government. The response of Spain’s ruling class and its international backers was to launch a military coup. The initial coup failed but the country collapsed into war. It was a war the government would have won but for massive intervention by fascist Italy and Germany and with tacit support from the British Government. 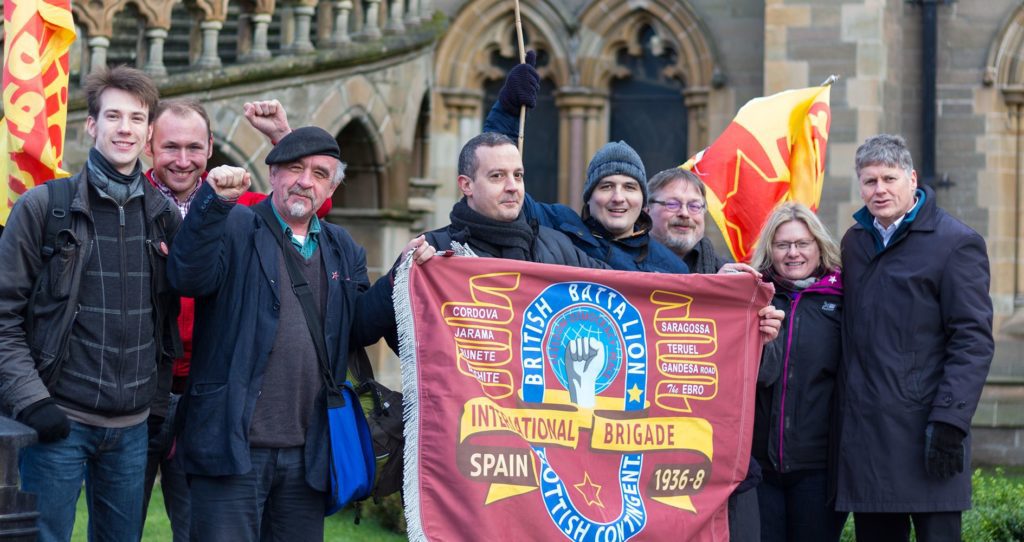 The Republican Government’s response was to make a world wide appeal for volunteers to come and fight for the republic and against fascism. 50,000 people, mostly socialists, answered the call; the greatest act of international solidarity in history. 3000 joined the British Battalion; a third from Scotland. I had the great privilege of knowing some of the veterans, all now sadly gone and their greatest fear was that their story would die out with them.

The opposite has been the case. Interest in those events and the story of the international brigadiers is greater now than ever. The Scottish Socialist Party is the heir to a wonderful tradition of socialist struggle in Scotland, a tradition that includes the role of the Brigaders and as the commemoration in Dundee showed that memory will live on. These people were heroes and heroes live forever.

Bill Bonnar is the national secretary of the SSP.