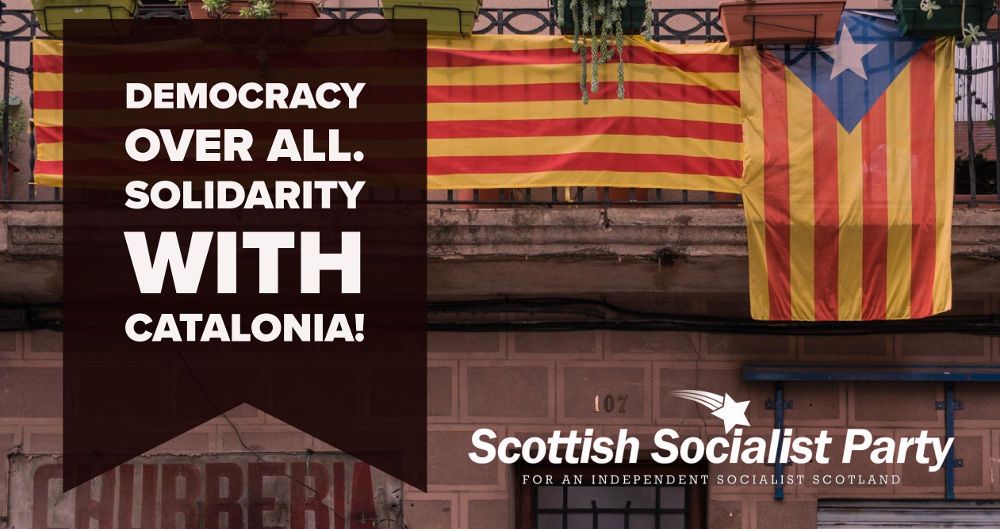 He said: “The standoff between the Spanish state determined to thwart an independence referendum on October 1st and the Catalan government determined to hold one has reached a dangerous turning point with the arrest of elected Catalan representatives by the Civil Guard.”

“In his attempt to prevent Catalans expressing their view on independence the Spanish Prime Minister Mariano Rajoy is pursuing a highly provocative course of action which will be opposed by millions of people and increases the risk of serious confrontation. It goes without saying that he simply cannot jail all those who support Catalonia’s independence.”

“This use of the Civil Guard in what is a political conflict risks serious economic and social instability throughout Spain.”

“Irrespective of the Spanish constitution and its provisions such acts of repression can only inflame the situation. The Spanish Government must free those arrested immediately and allow for a peaceful referendum on 1st October in which the independence issue can be dealt with democratically.”