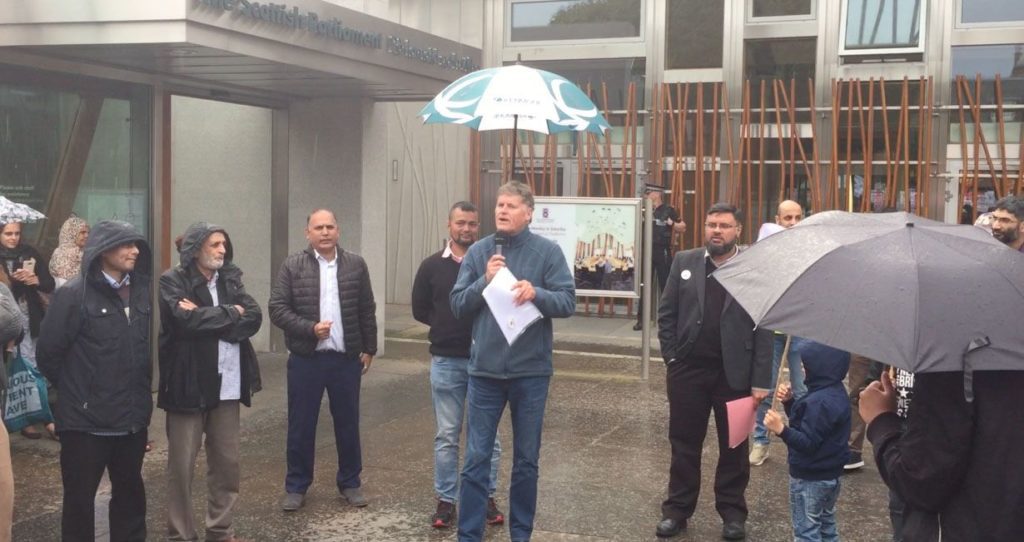 Hello, I’m Colin Fox. I’m the national spokesman of the Scottish Socialist Party and I’m grateful for the invitation to join you today on this lobby and to say a few words on behalf of my party.

The Scottish Socialist Party is an internationalist party. We take a close interest in the world around us because the politics of this country do not exist in a vacuum. Our world is connected to all other countries as never before. We, in the SSP, support causes that advance the interests of working-class people and the poor the world over. Equally, we speak out against all measures, actions, and decisions which adversely affect their best interests.

We are not religious – we favour secular, democratic societies where everyone can practice whichever religion they wish – or none at all – free from persecution or discrimination. Equally, we support the separation of religion and politics/church and state. 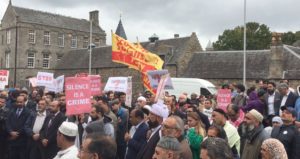 We were horrified to see the persecution of ethnic/religious minorities in Myanmar where hundreds of thousands of Rohingya refugees are fleeing to Bangladesh to escape murder and attack by Burmese police and paramilitaries.

We join you today in condemning the indiscriminate attacks on innocent Rohingya brothers and sisters and we insist they too have an inalienable right to live in safety, peace, and prosperity in Myanmar.

I must confess I am disappointed in Aung San Sui Kyi. Much of her credibility has been lost by her less than honourable position on the rights of all Burmese minorities.

I would like to see a peaceful, democratic, and progressive Myanmar and I believe the first steps to that is ending the military rule still in place in that nation. Democracy is in its infancy in Burma today after decades of a military police dictatorship.

In a truly democratic Myanmar the rights of all minorities Christian, Moslem, Hindu and others would be fully respected. The wealth of that nation would be distributed equally among all its peoples with improved quality of life, education, healthcare, housing, and safety ensured for all its people leading to greater political rights for all citizens equally.

I believe the Scottish Parliament and Westminster must speak out and convey our wish for a democratic, peaceful solution to the present conflict in Burma. I join with all others here today in urging the Scottish Parliament and Westminster to intervene on behalf of Burma’s Rohingya minority to assist Burma’s complicated transition to democracy, pluralism, and progress.