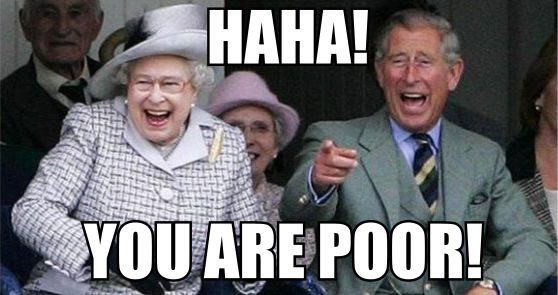 What a curious ‘non-story’ it turned out to be. 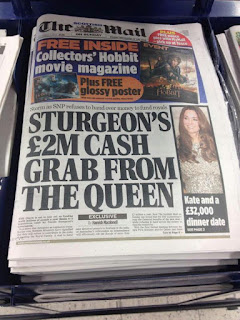 Sir Alan Reid, the Keeper of the Privy Purse [yes, that’s his real title] yesterday presented The Queen’s Annual accounts to Westminster. He mentioned in passing that he was worried by the decision to devolve income from the Scottish Crown Estates to Holyrood next year fearing the SNP might hold back the Queens share.

The Times and The Daily Telegraph seized upon Sir Alan Reid’s ‘concerns’ to run a story alleging the SNP intended to cut the money Scotland pays the monarchy as part of some sinister republican plot. Today, following the Scottish First Minister’s intervention Sir Alan is apparently no longer worried. “Move on! Nothing to see here.” insisted spin-doctor and SNP chief strategist Stephen Noon on Twitter.

We should explain what the ‘Crown Estates’ are and how much income they generate. The Crown Estate is one of Britain’s largest property portfolios. It has assets worth £8bn and generates profits in excess of £250m a year. This ‘portfolio’ includes some of the most expensive real estate in London and Edinburgh. It also contains Ascot racecourse, several well-known and famously lucrative urban shopping centres [including Edinburgh’s Kinnaird Park] and the entire seabed around Britain as well as half the foreshore. All income from the ‘Crown Estates’ used to go to the monarch until 1760 when George III transferred it to the UK Treasury in return for writing off the huge debts he had amassed, taking on the cost of Britain’s civil administration and providing him with a handsome allowance known as ‘The Civil List’. 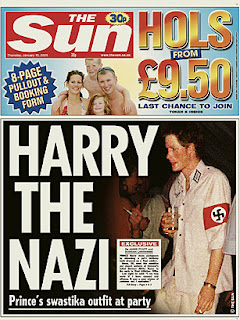 With the passing of the Sovereign Grant Act in 2011 the ‘Civil List’ was abolished and so was the rather unseemly spectacle [for monarchists at least] of an annual debate where ‘plebs’ in Parliament got to set the budget. Instead the Tories managed to get the issue passed on to the Prime Minister, the Chancellor of the Exchequer and the Keeper of the Privy Purse [see above] to oversee and a ‘formula’ was agreed where a percentage of the Crown Estates annual net revenue was paid over to the Royal Household [currently it is set at 15% of all its annual profits].

The Times and The Daily Telegraph story that the SNP intended to ditch the formula set out in the Sovereign Grant Act and keep the money so worried the nationalists that First Minister Nicola Sturgeon herself was put up to rebut it. She was briefed to say this claim had ‘No basis in fact’ and vehemently insisted ‘By hook or by crook Scotland will pay our contribution [to The Sovereign Grant] in full and on time’.

So why was the SNP apparently so frightened of this ‘non-story’ that the nations First Minister had to deal with it? The answer speaks to the SNP’s nervousness about Britain’s un-elected, unaccountable and anachronistic ‘Head of State’. Any SNP Minister could have pointed out that under the ‘No Detriment principle’ enshrined in all the devolution plans out of London – The Scotland Bill 1999, The Scotland Bill of 2015, the Smith Commission and ‘Full Fiscal Autonomy’ [whatever that actually means] insist the UK Treasury is fully reimbursed for any extra income accruing to Holyrood from any new powers devolved. So any extra money received from the Scottish Crown Estates from next year must be deducted from the Block Grant.

So why would the SNP keep a penny piece when there is clearly no advantage to do so?

That’s the primary reason the ‘Keeper of the Privy Purse’s’ fears are unfounded. But the SNP’s ‘full spectrum response’ as it were speaks to its own political vulnerability. They try to face both ways on the monarchy.

There is a sizeable pro-Independence constituency in Scotland who wishes to replace the Crown with an elected Head of State. Indeed many of the SNP’s 100,000 members want such a republic. Yet the SNP leadership continues to reject that notion out of hand and talk up Alex Salmond’s post-Independence ‘social union with the Queen at its Head’ to appease their conservative voter base in their North East heartlands. Their naked political calculation here is that those who favour a modern, democratic republic are not as exercised on the issue as the right –wing monarchists who wish to conserve this ancient anachronism.

This issue remains a fault line running right through the SNP.

Their response to Sir Alan Reid’s claim yesterday is a measure of the vulnerability their leaders feel on this most fundamental of questions.

The question is will this ‘non-story’ mark the day the leadership’s position finally began to crack? Or will their democratic credentials continue to be ridiculed?

My pamphlet on a Modern Scottish Republic available HERE.