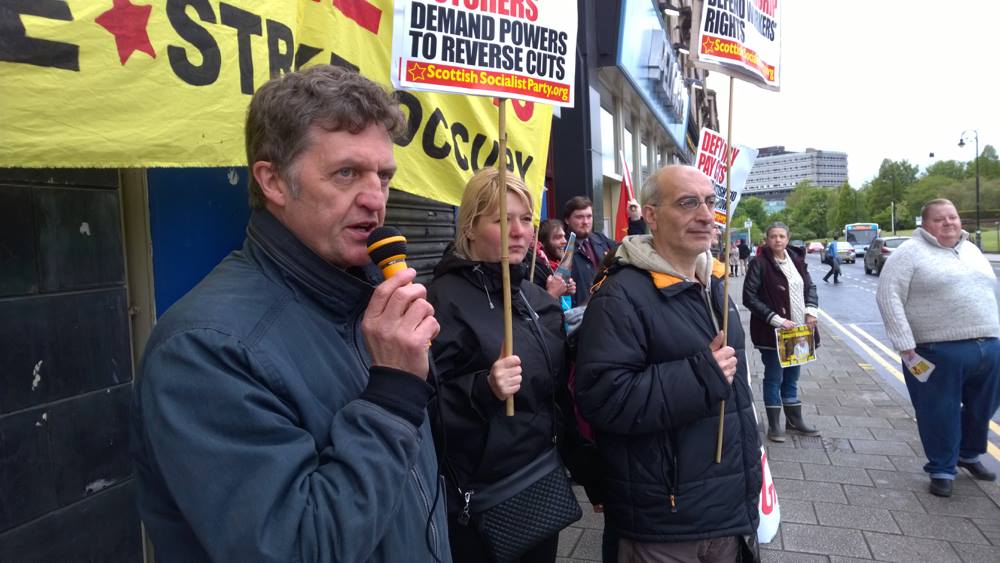 The Scottish Socialist Party plans a series of protests across the four corners of Scotland as the Tory government announces its Budget this Wednesday 8th July.

“Wednesday 8 July will go down as one of the worst days in modern times, as George Osborne declares The Tory Butchers’ Budget. “

” He will hammer low-paid part-time workers with £5bn cuts to Tax Credits – after telling people to get out and find a job.
“The Tory Budget will hand the rich another £1bn through inheritance tax changes, but rob the poorly-paid, sick and disabled of £12bn. “

“Public services and the jobs that provide them face slaughter, whilst profits for big business are set to soar even higher with measures to chain workers and their unions like slaves.”

“The SSP plans to protest in town centres at lunchtime to show the victims of these attacks that somebody is fighting back, encouraging workers and people on benefits to unite and defeat the Tory butchery.”

“We will be laying siege to Tory centres at teatime, to bring the hot breath of ordinary people’s anger to the necks of Tory MSPs, at their offices. “

“We live in one of the richest countries on earth, so there’s no excuse for this butchery of benefits, slaughter of services and jobs, or wipe-out of workers’ rights. “

“The SSP is calling for the Scottish government to defy the Tory cuts and stand up to protect the Scottish people from the axe-wielders of Westminster.”