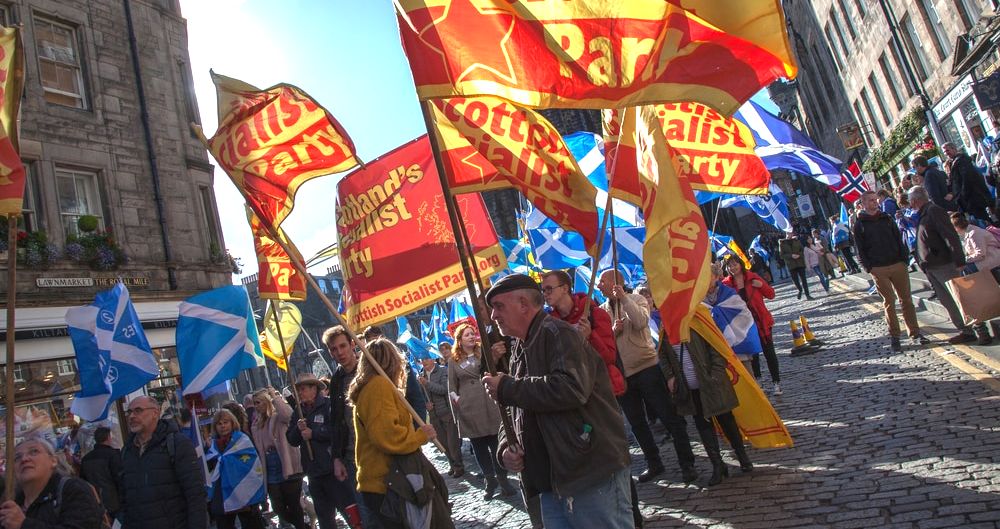 SSP members will tomorrow (Saturday 27th) take the case against the austerity based Growth Commission to SNP delegates gathering for their Edinburgh conference.

SSP national co-spokesperson Colin Fox said: “We are taking the case against the Growth Commission to SNP delegates to reflect the widespread opposition to its austerity based policies across the wider independence movement.”

“Its pro big business politics may win over some well heeled financiers and tax dodging corporations but but its starvation diet of ten years of cuts, more rip off privatisations and poverty pay will see working class voters slam the door on Yes campaigners.”

“The SSP believes independence is about more than moving Westminster austerity’s management to Edinburgh. It must involve a fundamental economic and political change in Scotland.”

“Only policy which offers a way out of poverty pay, insecure work, rip off rents and slashed services, providing a vision of real positive change, will win over Scotland’s working class majority to independence – a development which is the key to a Yes victory.”