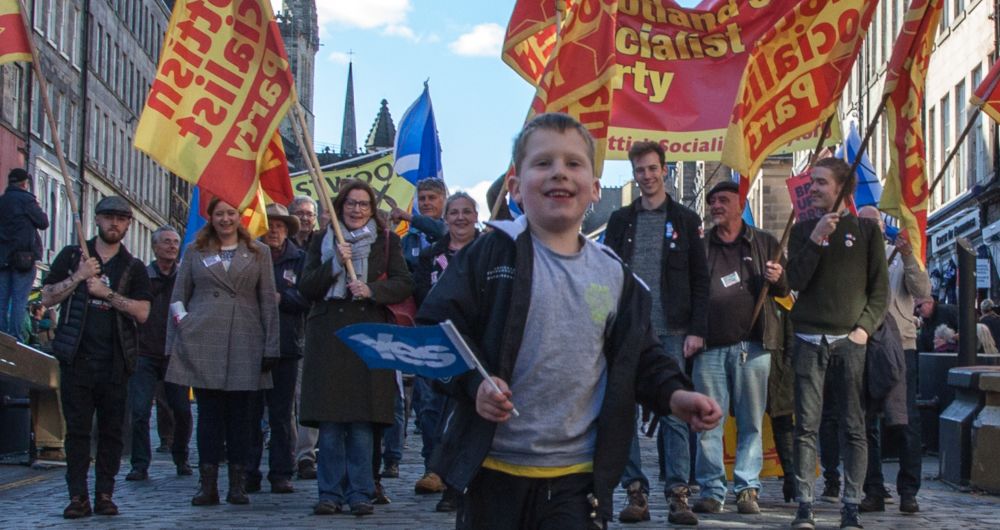 The Scottish Socialist Party is committed to independence and has been for 20 years. Like other YES supporters disappointed by the 2014 result we believe our case needs improvement if it is to secure majority support.

Whilst the Sustainable Growth Commission’s attempt to address why we lost is welcome, it unfortunately draws all the wrong conclusions. It presents a very conservative prospectus based on orthodox free market thinking and appears to see an independent Scotland run by and for finance capital and multinational corporations.

That view does not serve the interests of the majority.

This vision of independence undermines the material interests of working-class Scots, the very constituency we need to persuade most. Scotland’s economy is not best served by a ‘race to the bottom’ undercutting other low tax, low wage models.

Andrew Wilson’s report is designed to lure Edinburgh financiers, Aberdeen oilmen, Glasgow businessmen and Borders farmers to Yes, but in doing so risks losing the support of millions whose interests are not served by its conclusions.

The idea that financiers and farmers are the key to victory is not only wrong in itself, it alienates the working-class majority whose support we must secure.

The SSP believes Independence is about profound and fundamental change in the economic, social and political power structures of this country.

Yes activists will encounter no enthusiasm on the doorsteps for a prospectus that recommends austerity, reduced public spending, low taxes for the rich and keeping the pound.

The SSP believes an independent nation serious about exercising full control of monetary and fiscal powers needs to have its own currency.

The SSP played a widely respected role in ‘Yes Scotland’ in 2014. However, we cannot in all conscience advocate the SGC’s conclusions. If they are put at the heart of a second independence manifesto we will campaign elsewhere for Yes.

Given that Westminster is unlikely to grant a section 30 Order, permitting a legally binding 2nd referendum, our movement must consider what we do in such circumstances. Civil disobedience strategies should be considered but can only be effective if we command a majority.

How to win a majority is the key question facing the entire independence movement. We cannot lose again and the polls suggest we are behind as it stands, despite Brexit. The timing of any 2nd referendum is surely subordinate to that consideration.

The way to secure that authority is by persuading Scotland’s working class majority it will materially advance their economic, social and political conditions.

This means committing ourselves to, for example:

The SSP believes the need to secure majority support is one that confronts us all and should be at the forefront of our minds at all times.

One thought on “How do we win a majority for independence?”