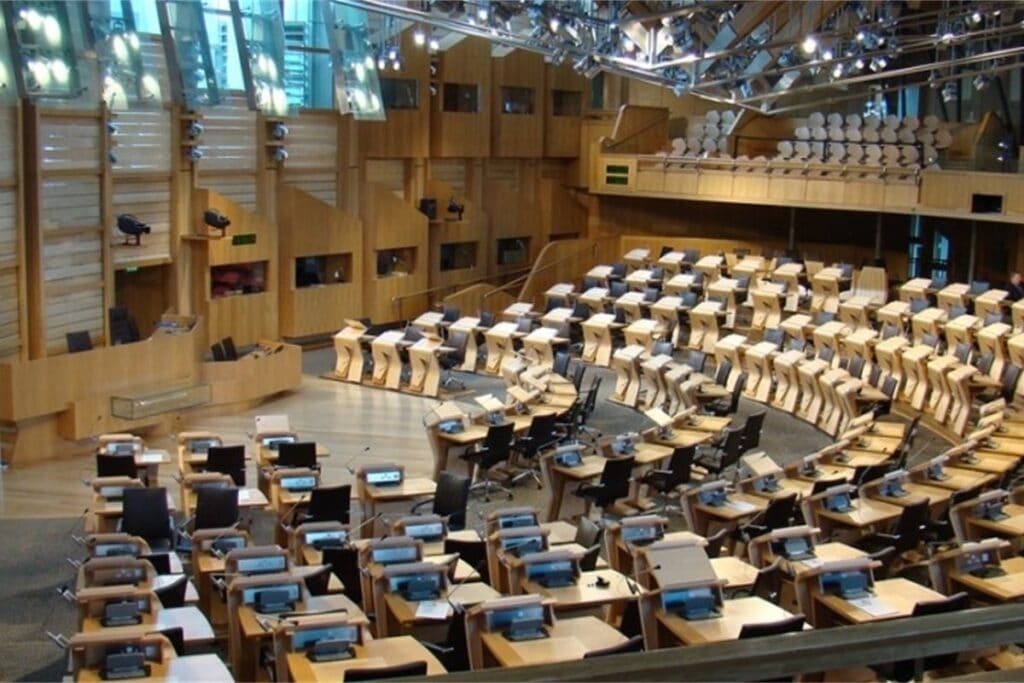 Historians may in due course record that the 2021 Holyrood contest was the ‘Covid election’ taking place as it did during a worldwide pandemic that greatly impacted on all our lives. But the result must also be regarded as the most acute manifestation yet of the way the national question now dominates Scottish politics.

There can be no question the result represented another remarkable triumph for the SNP. Whilst the nationalist’s fourth straight win in the Scottish Parliament elections was never in doubt, the scale of their success was astonishing.

They swept up 62 of the 73 ‘first past the post’ constituencies and missed out on an overall majority—something the d’Hont system of PR is specifically designed to prevent]—by just one seat.

The contest was in many ways ‘a referendum’ on Nicola Sturgeon’s handling of the pandemic and as a result the SNP’s dominance now surpasses even ‘the one party state’ Labour presided over in recent memory.

By contrast Labour’s ‘dark night of the soul’ continues. The party of James Keir Hardie now holds just two constituency seats and only won those because Tory voters ‘lent them their support’.

Under Anas Sarwar and Sir Keir Starmer Labour find themselves completely out of touch with working class voters. Worse, on the dominant political issue of our time, the national question in Scotland, Labour are all at sea.

At the same time there can be no doubt Boris Johnson will respond to Sturgeon’s inevitable, if delayed, request for a second referendum on independence with his usual carte blanche refusal. He will continue to point to the fact that there is, as things stand, no majority for independence nor for a second vote any time soon. This is a point Nicola Sturgeon dutifully conceded during the election campaign admitting she will not seek another plebiscit ‘until Covid is over’ i.e. before 2024.

The Tories have emerged as the Union’s undisputed ‘first eleven’. Whilst the SNP are understandably celebrating what the party’s chief strategist Andrew Wilson called ‘an unbelievable fourth term in Government’, there is considerable unease within their support over the nationalists’ conservative record in government and ineffective championing of the independence cause.

The journalist Dani Garavelli, by no means unsympathetic to Sturgeon, warned in the New Statesman that the SNP are girding their loins for further defections and splits in the Yes coalition.

The root of this discontent ironically lies in the electoral formula
the SNP repeatedly employs to concoct Thursday’s result.

The nationalists offer a manifesto containing right of centre economics and left of centre social policy. This is ‘the magic potion’ that helps them win over urban progressives and rural conservatives alike.

This is the party let’s not forget that condemns PFI and then privatises Edinburgh’s Royal Hospital for Children and Young People!

Little has fundamentally changed in Scotland’s social conditions under repeated SNP Governments. Economic policies indistinguishable from the Tories are sprinkled with promises like the national care service. And even here Nicola Sturgeon, with her finger on the pulse of the nation—assisted by the millions the SNP spends on private polling—realised she had to be seen to respond to the widespread anger over the scandalous failures in Scotland’s residential care homes last year where 3,000 elderly Scots died.

But the national care service ‘on a par with the NHS’ she promised in her election manifesto is apparently to be delivered for just £148 million! Boris Johnson, by contrast, is set to commit the UK Government to ‘a £10billion social care reform package’ in the Queens Speech next week (Financial Times, 6 May). There is something not right here!

The Scottish Socialist Party has been at the forefront of the campaign for a national care service free at the point of need, publicly owned and run and fit for the 21st century.

That plan, as our Panelbase poll in February revealed, enjoys enormous public support. And yet there is clearly not a cat’s chance in hell the SNP will deliver anything remotely like it. The national question then, although not in itself a class issue, has nonetheless become a proxy for the perhaps less visible conflict between the political Left and Right in Scotland today.

At the excellent SSP rally we held on ‘The case for an independent socialist Scotland and how it is to be achieved’ we highlighted three questions our movement must urgently address:

Why is there still no majority for Yes? What effort is being made to
achieve it including making a better economic case? And what plans
are being made to put both parliamentary and extra-parliamentary
pressure on Boris Johnson to concede a second referendum?

Given this week’s election results, those questions need answers
more urgently than ever.

The future of Scotland depends upon it.