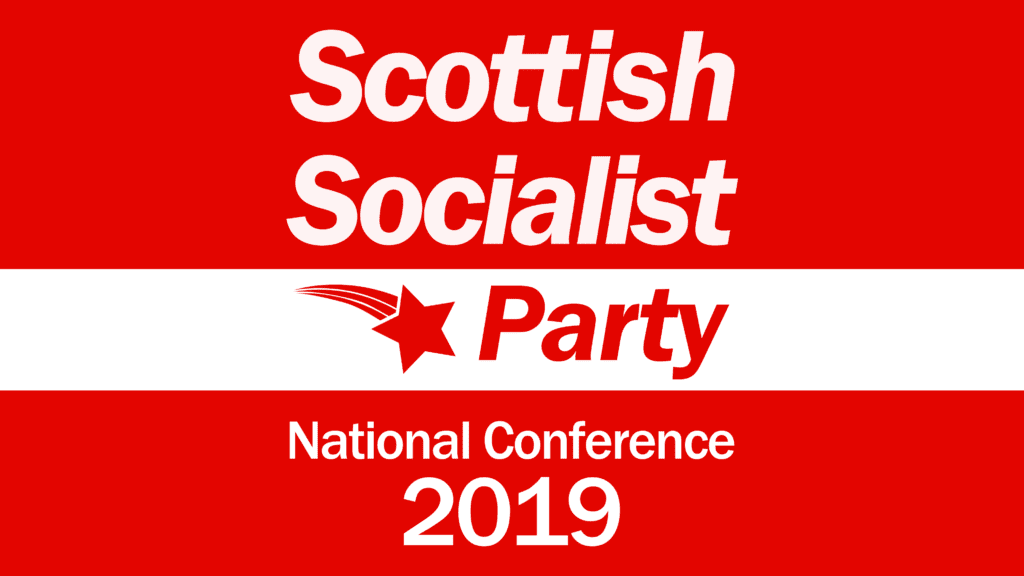 November the 9th marked the date of the Scottish Socialist Party’s 2019 annual conference, a coming together of members from across the nation to discuss and debate the direction of the SSP.

Conflict over Brexit in Westminster came to a head last month with the announcement of another snap-general election scheduled for December 12th. Members of the Scottish Socialist Party discussed and debated whether or not the party should stand in this election.

While strong arguments were made both for standing and not, it was eventually decided that the Scottish Socialist Party would not contest seats in December. This was decided on the basis that the upcoming election would be polarised on the lines of Brexit, leaving little space for the SSP to raise our programme of working-class demands for socialism, peace, and liberation.

SSP members have decided to endorse anti-austerity candidates who commit to a clear anti-Tory position on a branch-by-branch basis.

While party members democratically decided not to stand in the upcoming snap-election, one thing was made clear in the debates following: the Scottish Socialist Party will not sit back in times of brutal austerity and Tory tyranny.

The Scottish Socialist Party will be contesting electoral regions in the 2021 Scottish Parliamentary Elections under our own name, advocating a programme of radical socialist transformation and Scottish independence.

While securing a majority of seats for independence will be one core aim of our campaign, we will not be blindly following the path of any other party. The SSP will be advocating a radical vision for independence, and not an economically right-wing, austerity-powered change of flags.

For an Independent Socialist Scotland, a modern democratic republic!

New Leadership for the SSP

Along with the deciding of our national strategy, members elected the Executive Committee (EC) to lead the party in-between National Councils and Conference. The SSP EC for 2019/20 shall be:

Thanks to all who came to National Conference in 2019. Here’s to another year of class struggle and socialism!