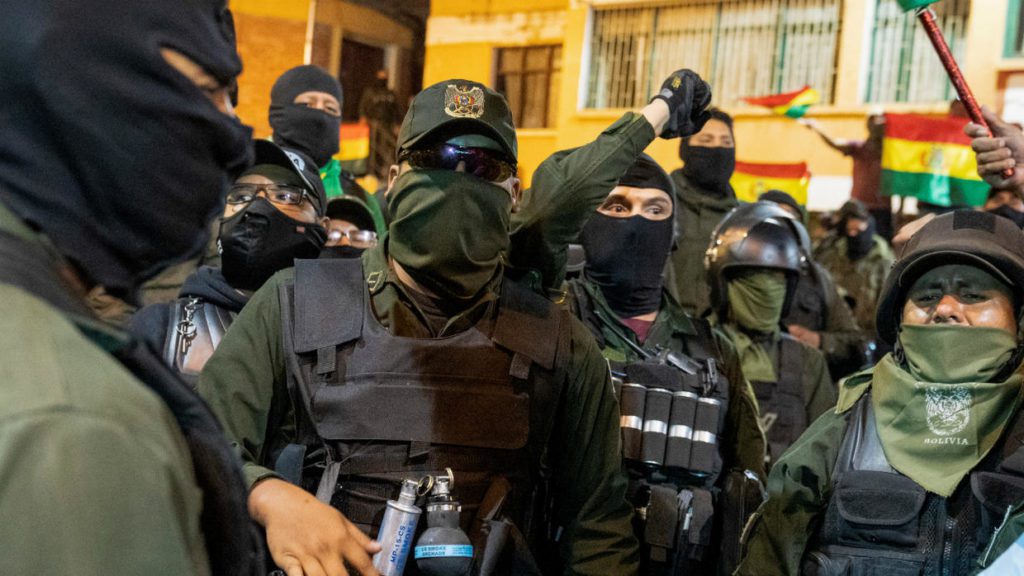 Yesterday the democratically elected government of Bolivia was overthrown in a military coup with President Evo Morales and the rest of the country’s leadership having to flee into exile. The coup was organised by the right wing opposition with the support of the United States and a cabal of their client governments across the continent. All progressive governments including those of Cuba, Mexico, Venezuela and Ecuador have condemned the coup.

The ‘excuse’ for the coup was the allegation that the recent presidential election was rigged in favour of the government yet this is not what the international observers have said. They have identified irregularities in the election process which may have benefited both sides and called for an overhaul in the procedures. They also called for a re-run of the election to which the government immediately agreed.

I say an ‘excuse’ for the coup because that is what it is. The opposition don’t care about election results or democratic processes. Like the right wing opposition in neighbouring countries the core of these movements are fascist; a heady combination of racism, elitism and authoritarianism. They have never recognised any of the previous election results and regularly called for the overthrow of the government. In fact some of their violent and racists antics over the years have even embarrassed their American paymasters. Their aim has been simple. To overthrow the government, reverse all the progressive social, economic and political reforms implemented over the years and restore the country to its ‘rightful owner’.

While recognising that the Bolivian Government has run into economic problems in recent times and has made mistakes and also recognising that the opposition movement contains disaffected elements of the working class none of this disguises the reality of what has happened. These are grim times for the socialist movement in Bolivia and the people of that country as they will soon find out.

The Scottish Socialist Party expresses its solidarity with the Bolivian people in this dark hour and calls on all socialist, progressive and democratic forces to stand with them. A counter revolution is sweeping much of Latin America supported by some of the most reactionary forces imaginable. In the struggle between progress and reaction in the world this continent is now the front line. We know which side we are on.