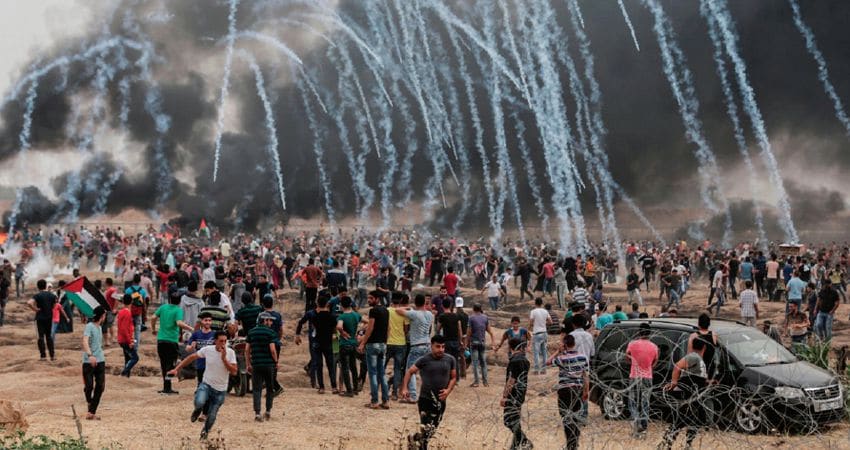 The world has watched in horror at the criminal actions of the Israeli army in killing hundreds and injuring thousands more as they protested the illegal occupation of their land and the blockade that aims at strangling the life from the 1.8 million residents of Gaza.

In the six weeks of protests, planned to culminate on Nakba day, marking the expulsion of thousands of Palestinians to found Israel, over 100 demonstrators have been killed by IDF snipers and hundreds wounded. They are protesting for their right to return to their home land. They are being slaughtered for doing that.

The Scottish Socialist Party unreservedly condemns the action of the Israeli government and the provocative decision of the US Government to move it’s embassy to Jerusalem in a move that is designed to give the green light to Netanyahu’s right wing government to continue its programme of illegal settlement building and brutal repression in Palestine.

We will continue to support Palestinians in their struggle for self determination and will be joining with others in nationwide protests against the actions of the Israeli government and the continuing blockade of Gaza.