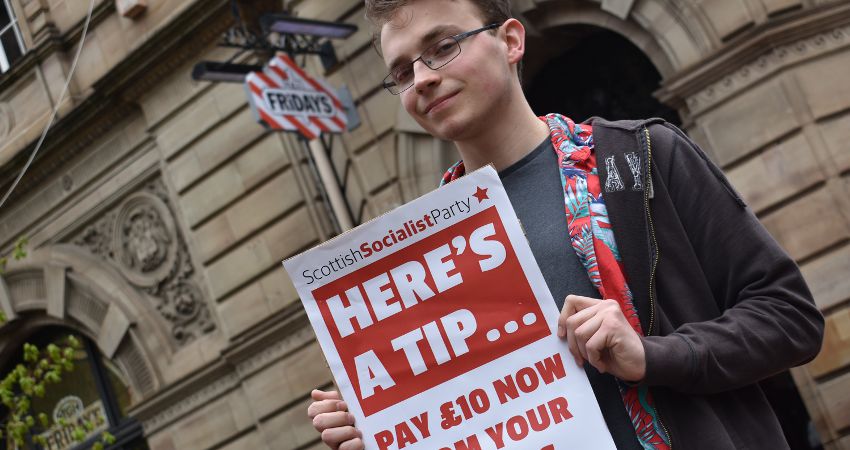 Here’s a tip: pay a minimum £10-an-hour to all your staff from your profits – not by dipping into the tips left by generous customers!

That’s the message the SSP will be sending the bosses of TGI Friday’s, this Friday, as we stage street protests in support of striking staff. 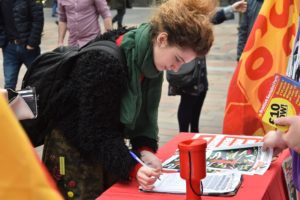 Past generations of workers were wont to utter this as they looked forward to family and recreation time at the weekend. The mad capitalist hunt for ever-greater profits, with its 24/7 frenzy, has put paid to such guaranteed leisure time, with weekend working increasingly common. With no premium payments by way of compensation. Especially in the retail, food and hospitality sectors.

But for those seeking food, drink and leisure, one of the venues created in New York in 1965, then spread to Britain in 1986, is the American chain, TGI Friday’s.

This Friday 18th May sees the first of a series of Friday strikes by Friday’s staff!

Workers in their Milton Keynes and Covent Garden, London branches are striking first, with plans by others to join them over subsequent weeks. These workers are members of Unite the union. They voted to strike by 100%! They have had enough of being ripped off, in a serialised attack on their pay. 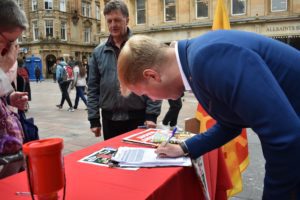 The last straw that provoked this strike action was the unilateral decision by the owners to grab 40% of serving staff’s card tips from customers, to give a paltry increase in the hourly wages of kitchen staff – because the spiralling decline of wages for kitchen staff has led to a crisis level of staff turnover.

This measure was announced, with no pretence of consultation, with two days’ notice! It will mean front-of-house staff losing up to £65 a week – £250 a month.

It comes on top of previous pay atrocities by the same employers.

They’ve been exposed for exploiting workers through unpaid trial shifts… of up to 6 hours! 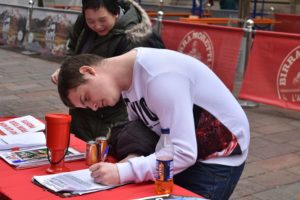 They were named, shamed and obliged to pay back £59,348 to 2,302 workers, after being caught reneging on the paltry legal minimum wage, by making staff buy black shoes as part of the uniform.

Now the giant chain – which has 81 branches in the UK alone – has ‘tipped’ staff over the edge, driving them to strike action by this latest wage theft.

In an open letter by the TGI strikers to the firm’s chief executive, they bitterly condemn their treatment:

“We have worked for you for five, ten, fifteen or even twenty years. We stayed. We were loyal. Made careers out of waitressing and bartending, a rare phenomenon within the UK restaurant industry, which tends to have high staff turnover rates.

We trained hard to be the best in the business, we certified and re-certified, even when you made us download the ‘TGI Fridays Academy’ app and complete our training at home, off the clock and unpaid.

When you took time and a half away from us on bank holidays, and then away from us over Christmas Eve and New Year, we didn’t kick up much of a fuss.

When stores began to lose shift meals, meaning we now work 12 hour shifts and have to pay to eat food that we know costs the company a fraction of the price we’re forced to pay, we started to question what was happening to our beloved Fridays.

Then in January it hit us.  Every time the government’s national living wage increased TGI Fridays would try to claw that money back by stripping away our perks and benefits.

When early in the new year and with just two days’ notice you told us that you were taking 40% of waiting staffs’ card tips and giving them to the kitchen, we’d had enough.

You gave us just two days’ notice to figure out how we were going to pay our mortgages, buy our weekly groceries or carry on paying for our children’s extracurricular activities.”

TGI owners are classically robbing Peter to pay Paul a very small wage rise. They can’t hold onto chefs and kitchen staff because for years they’ve failed to raise their pay to match price rises. And as the strikers’ open letter makes clear:

“This isn’t about minimum wage servers not wanting to share. It’s about a company whose shareholders have gotten so greedy that they no longer want to pay their hardworking staff anything above the bare minimum.”

Exactly! An outfit with sales of £211million in 2016 have stooped to these thieving methods against loyal staff. 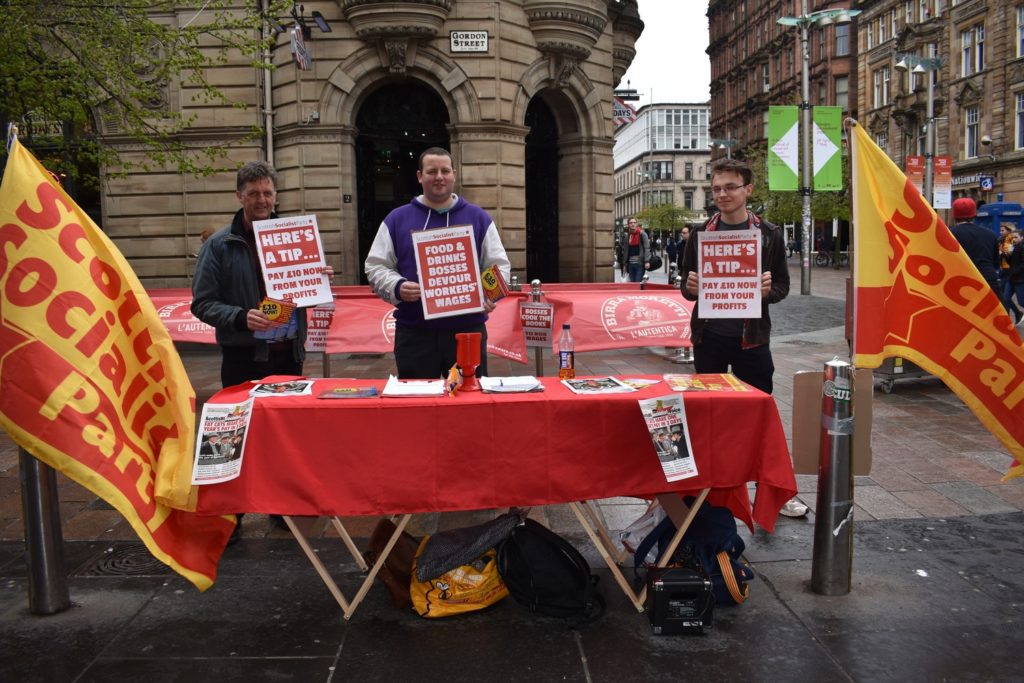 Show your solidarity with the TGI Friday’s strikers; and stop at an SSP street protest at your nearest branch. Register your anger at food and drinks bosses devouring workers’ wages (and tips) for even higher mountains of profit and perks for the CEOs.