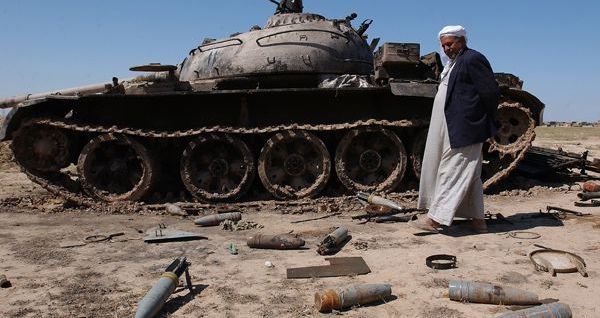 The disaster and carnage sparked by Tony Blair’s decision to back the 2003 invasion of Iraq was both unnecessary and unjustified as the millions who marched against in 2003 said. That is the key finding of the weighty Chilcot Report published today.

“The SSP were in the leadership of the anti-war movement in 2003 and warned it was an illegal war without justification.”

“The invasion, occupation and subsequent sectarian civil war stand testament to the true legacy of Tony Blair. And we stand side by side with those who believe he should be in the dock at The Hague today facing war crime charges. “

“But it is likely the British political establishment will ensure justice is again subverted. This enquiry has been a long time coming and condemns Tony Blair and the UK military/intelligence community utterly. They have done nothing to make the world a safer place.” 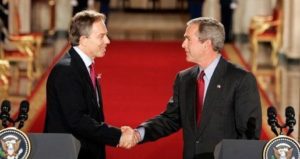 “After 13 years the Chilcot Report’s key finding that the launching of the 2003 invasion was not necessary to ensure UK security completely vindicates the millions across the world who opposed this aggressive war and sadly correctly predicted its bloody aftermath.”

“The report confirms that the Bush/Blair plan was to invade Iraq and change its government for months before the propaganda of dodgy dossiers, WMD and so on were sold to the public in what is now exposed as a pack of lies.”

“More widely we need to learn the lesson that military interventions offer little in solving the massive problems we face of war, terrorism and mass flows of refugees which result from them.”

“Rather than continuing the delusion that the UK is a big league military power and squandering billions on new nuclear weapons the UK needs to reorientate its policy to peace-making not war.’