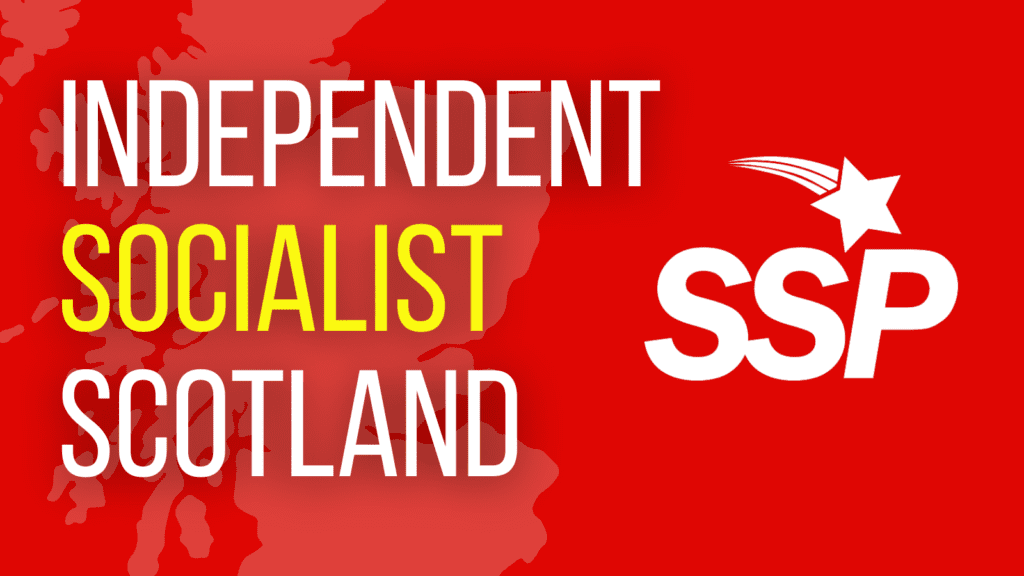 Scottish Socialist Party National Cospokesperson Colin Fox has called for a new Scottish Independence Convention to be held in 2023, with a remit to change the strategy of the pro-independence movement.

The Supreme Court’s judgement that the Scottish Parliament cannot hold an advisory referendum on Scottish independence, and must instead rely on an agreement with the United Kingdom government in Westminster, effectively closes the Parliamentary route to independence.

With little material movement towards independence having been made since 2014, the Court’s conclusion that “the Scottish Parliament does not have the power to legislate for a referendum on Scottish independence” raises significant questions over the SNP/Green strategy in the last 8 years.

Colin Fox wrote in The National:

“We had warned for many months that this judgment was inevitable. This legal challenge was, in our view, always likely to end this way and the outcome signals that the parliamentary road to independence is now decisively blocked.

“Given the result, they must now accept new tactics are urgently required. The correct response to this legal rebuff is to develop our case beyond the Holyrood debating chamber into workplaces, communities, cities, towns and villages across Scotland.”

The Scottish Socialist Party supports Scottish independence, and the right of working-class people in Scotland to democratically determine Scotland’s future.

As a leading part of the “Yes” campaign in the 2014 referendum, the SSP was instrumental in broadening the movement to include working-class communities and campaigners beyond the Scottish government – transforming independence from a minority position to one with significant mainstream support among the working class in Scotland.

Many in the independence movement outside of the SNP/Green institutional bubble are concerned that the movement has since stalled, and lost much of its political diversity and radical nature, under the rigid, narrow control of the Scottish government and SNP leadership.

The SSP campaigns for an independent, socialist Scotland, with an economic programme that mobilises the mass of working-class people, and which delivers transformative changes to Scotland’s economy that improve the lives of the working-class.

Only building a mass movement that mobilises the working-class majority, which includes extra-parliamentary action, can break the political deadlock and move Scotland towards independence.

“It is now time to re-energise the Yes movement and unblock the road to a referendum. We must speak truthfully and honestly. This defeat for the First Minister not only weakens her – it weakens our entire movement.

“The Scottish Socialist Party has reached the view that the leadership of the independence movement cannot be left solely to the First Minister and her closest staff but must include the mass of Yes supporters.

“We therefore invite all those who wish to take to such a path to join together and establish a new Scottish Independence Convention, with an inaugural session in Edinburgh in 2023 to agree to a programme capable of persuading a majority of our fellow Scots of the merits of independence and a serious route map for its achievement.

“This should include all pro-independence parties, existing Yes groups, and those who agree with the key task of translating the call for a referendum and Yes vote into a movement not just of marches and demos but of creative civil disobedience.

“The Scottish Socialist Party stands in the tradition of advancing democracy by both parliamentary and extra-parliamentary means, and we stand ready to play the fullest part in such a movement.”