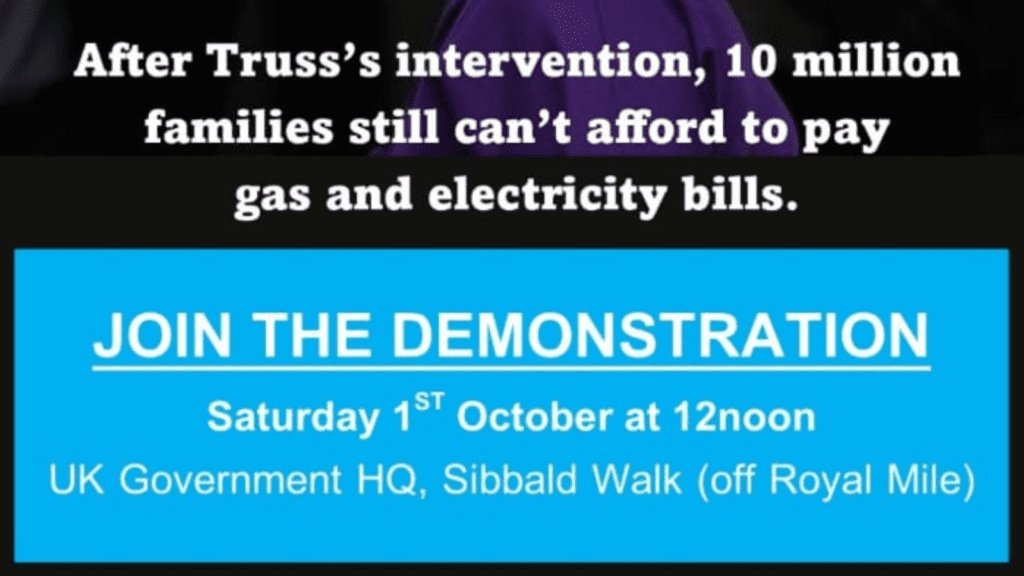 Millions of us are still facing unaffordable energy bills during a wider cost of living crisis – hurting our homes, our health, businesses, and critical services such as care homes while companies like Shell and BP report record levels of profit.

Ten million families are still unable to afford their energy bills. We need immediate action to end fuel poverty in the UK.

Only the state has the means to prevent thousands more avoidable deaths expected this winter.

A demonstration will take place on Sibbald Walk, Edinburgh at 12pm on 1 October 2022 to demand that: