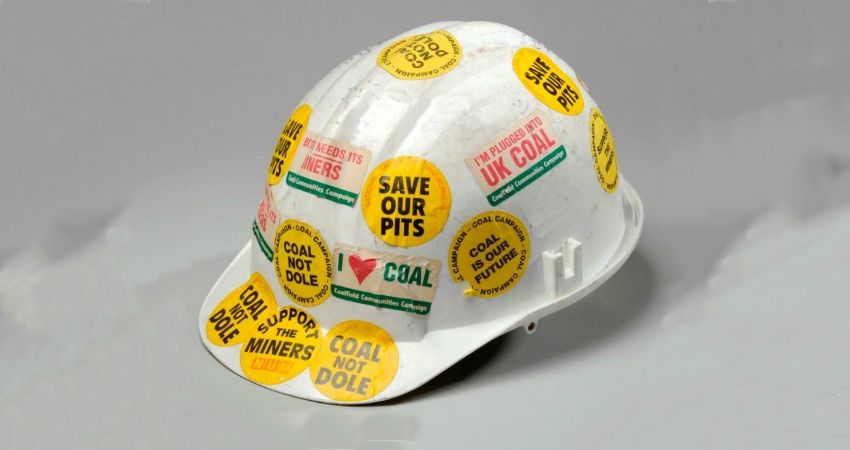 The Scottish government should drop its repeated refusal to hold a public inquiry into policing of the miners’ strike in Scotland in 1984/5. They should help expose the truth behind the Thatcher Tory government’s orchestration of naked state violence against workers fighting to defend their communities from destruction and destitution.

That becomes even more justified and urgent in the wake of the Tories’ refusal to hold a public inquiry into the Battle of Orgreave – an event that ushered in an escalation of police violence against pickets across the UK, including Scotland, from June 1984 onwards.

Secret government documents, published recently under the 30-year Rule, confirm what many of us knew 30 years ago!

The same cabal met two weeks later, where “Brittan (backed by Thatcher) promised he would seek to persuade the police to increase the rate of prosecution” of pickets. Proof – of the blatant political control of policing operations, and ruthless persecution of trade unionists who dared to defy their class war and economic vandalism. 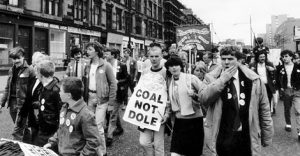 Nearly 500 Scottish miners were arrested during the year-long strike. Scotland accounted for 10% of the UK mining workforce, but suffered 30% of the arrests. Many of the victimised miners have testified that they were facing jail, but offered lesser sentences provided they accepted bail conditions that banned them from going near the picket lines at their own place of work.

They were heavily fined, on top of being starved by the government during the strike; hundreds of them were subsequently sacked, both before and after the strike was defeated – with the help of vicious police violence – and thereby missed out on redundancy money when the rampant Tories and their Coal Board stooges slaughtered jobs and left whole communities in ruins.

Establishment Fear of the Truth

Tory Home Secretary Amber Rudd’s breathtaking arrogance in refusing to hold either a statutory Inquiry or independent review into the brute violence of the police against striking miners at Orgreave, on 18 June 1984, is a kick in the teeth for the surviving miners, their families, their communities and allies.

Tory Home Secretary at the time, Theresa May, conceded the demand for a public inquiry into Orgreave

It only goes to show how much the Tories and the political, judicial and capitalist Establishment in general have to hide; how terrified they are of the truth eroding support for their institutions, raising questions of the need to utterly transform how society is run, root and branch.

Orgreave Inquiry Was Promised – After Hillsborough!

Last May, when the Hillsborough jury’s verdicts cleared the fans of all blame and confirmed the tragic deaths of 96 Liverpool fans had been caused by the negligence of the police and other authorities, Tory Home Secretary at the time, Theresa May, conceded the demand for a public inquiry into Orgreave.

That demand was also backed at the time by the newly appointed Chief Constable of South Yorkshire Police, Dave Jones, in a move to distance himself and his besieged police force from the crimes and misdemeanours of their predecessors in 1984 at Orgreave – and again at Hillsborough, eight miles from Orgreave, five years later.

And as I wrote last May – The State is Rotten – the call for a public inquiry into Orgreave – and broader issues of politicised policing – was issued at the same time by another unlikely figure:

“In a very telling declaration from an incredible source – former Manchester Police chief Sir Peter Fahey – the wider guilt of the entire system was hinted at. Describing Orgreave accurately as “a police army of occupation”, Fahey went on to call for an Inquiry…

“…into policing of the miners’ strike, not just Orgreave, and the role of the police, but also the role of politicians. We need to look at the wider context of the way the police were used and the agenda set for them by government. Clearly it was about national control of the police in pursuit of a political agenda.”

Amber Turns from Green to Red! 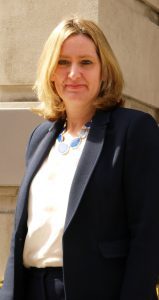 As recently as September, newly-appointed Home Secretary, Amber Rudd ‘gave the green light’ for an Orgreave Inquiry, in a meeting with Orgreave Truth and Justice campaigners, with talk of appointing a senior legal figure to head it up.

Well, for Ms Rudd’s information, the same South Yorkshire Police, under many of the same police chiefs, and with the very same ‘Mr H’ police solicitor, carried out the same falsification of junior police officers’ statements, the same cover up, first at Orgreave, then at Hillsborough five years later. [See The State is Rotten for details.]

If the police chiefs hadn’t got away with these corrupt, lying practices at Orgreave with impunity, in the full knowledge they had the backing of Thatcher’s government, their whole culture and attitude to working class people would have been different – and the Hillsborough 96 may never have died.

And as to ‘no wrongful convictions’ of miners, yes there were! None of the 95 pickets arrested that day at Orgreave were jailed, but that was only because the police evidence against them was found to be fabricated, totally inadmissible, so the cases collapsed – but only after the threat of imprisonment had been hanging over the miners’ heads for more than a year. And they were left unemployable, their reputations stained, their families and communities crucified. Wrongful arrests; wrongful convictions; wrongful fines, sackings and suffering. 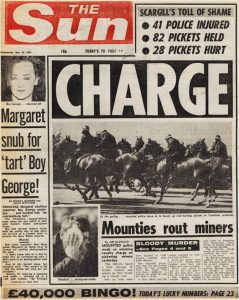 Orgreave was a carefully staged trap – a full public inquiry into Orgreave, in the manner of the Hillsborough Panel that blew the lies to smithereens in 2012, should be demanded to expose the role of Thatcher and her government in ordering this set-up. It should also expose their collaboration in the subsequent cover-up of police violence; press lies; and persecution of the people who were the victims, not the culprits; the physically beaten and arrested miners.

The same applies to the case for a Scottish government inquiry into the policing of the miners’ strike, here in Scotland.

The events at Orgreave were used by the government and Coal Board bosses to lie about picket-line violence, seeking to isolate the strikers from the wider working class – who were overwhelmingly in support of their struggle. They were helped substantially in this state falsification by the likes of the BBC bosses who literally reversed film footage of Orgreave, so that instead of showing what actually happened – unprovoked assaults on peaceful pickets after the police had trapped and surrounded them – it looked on TV screens as if the police were merely responding, in self-defence, to violence from strikers.

They systematically stepped up arrests, with ever-shriller denunciations of the pickets by the media – with strikers bludgeoned by police truncheons, tramped over by mounted police, and then arrested and accused of violence and rioting. In many cases the arrests were conducted before miners even reached the picket lines, for instance as they stepped off buses ferrying strikers to pickets to show their solidarity with fellow-workers.

For a Scottish Government Inquiry

As mentioned earlier, Scottish miners proportionately suffered three times as many arrests as the UK average. That in itself is grounds for an inquiry into Scottish policing. To determine who was in charge of operational decisions; to expose the political interference by Thatcher’s regime; to show up the dangers of a heavily centralised and utterly unaccountable police force.

Such a Scottish government-initiated public inquiry is not just morally justified to seek truth and justice for the victimised miners themselves, but also to investigate the role of top politicians, the judiciary and police chiefs in the sharpest class conflict in modern Scotland.

It would furthermore put huge pressure on the Tory cover-up merchants to reverse their stance and allow an Orgreave Inquiry. Even more so if the Scottish government was to encourage the Welsh Assembly to do likewise, in another nation heavily involved in the miners’ strike.

When the hated Maggie Thatcher died, she was rewarded for her services to the capitalist rich with a state funeral. When many of the arrested 500 Scottish miners died, they went to their graves without their names being cleared of wrongful arrest and prosecution, for the ‘crime’ of courageously standing up in defence of their jobs and communities.

These miners, and those still alive, deserve the truth to be exposed in all its detail, as part of making it harder for the employers and governments of the future to repeat such class warfare and repression against workers.

Labour’s Andy Burnham has rightly denounced the Tories for “an establishment stitch-up”. His accusations are entirely justified and to be applauded. 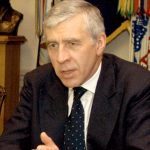 But as with Hillsborough, Andy suffers selective amnesia, failing to publicise the scandalous failure and refusal of his own party to grant public inquires into either Hillsborough or Orgreave – including during his presence in 13 years of Labour governments from 1997-2010. We should never forget Labour’s role – including that of one of Andy Burnham’s predecessors, Jack Straw – in being up to their necks in suppressing the truth about police and political corruption.

Everything they said about Orgreave then is everything they’ll say about us tomorrow for daring to stand and fight class war.

To his great credit, in a rare case of rebellion within the tight-knit SNP, Chris Stephens MP has supported the call for a Scottish government inquiry.

Tell all MSPs: We want Truth and Justice!

Socialists, trade unionists, and the entire organised trade union movement should put relentless demands on MSPs of all parties – and especially the ruling SNP – to back the demand for a full public inquiry.

The SSP has no hesitation in calling for this, in pursuit of truth and justice for the victimised miners and their communities, and in pursuit of more fundamental and lasting changes that would mean ‘Never Again’ to these outrageous acts of repression, corruption and state violence.

Please sign the petition for the attention of First Minister Nicola Sturgeon, right here – the Scottish Government can play a vital role in righting the wrongs inflicted on miners & their families.