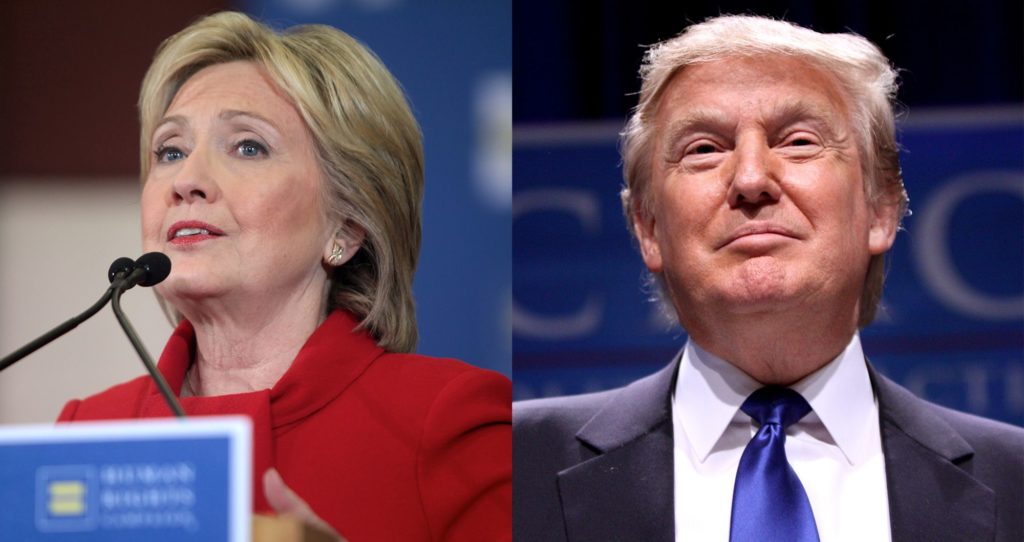 Reflecting on the US election, its outcome and the campaigns, Colin Fox writes:

Donald Trump’s election as the next President of the United States of America came as no surprise to those who saw in his support the same rejection of neo-liberal “business as usual” capitalism seen in the Brexit result in June, in the election [and re-election] of Jeremy Corbyn as Labour leader, in the unprecedented support for Bernie Sanders and in the growing support for Marine Le Pen’s ‘Front National’ in France.

Trump’s victory is part of this bigger phenomenon.

For all his incipient and loathsome bigotry, racism and sexism; Trump’s win represents above all the rejection of a ruthless economic and political orthodoxy that is inherent in the five million jobs Barack Obama has celebrated in the past 4 years – almost entirely casual, low paid, insecure and demeaning.

Trump was the “anti-establishment” candidate.

[Hillary Clinton] represents neo-liberal capitalism to the soles of her feet. And the ‘political strategists’ who tried to present her as the candidate of change failed miserably.

That is the great irony of his election. Even being abandoned by his own Republican Party leadership helped his cause. But he won because he reached beyond the Republican base in the South and Mid-West into the formerly Democratic ‘blue collar rust belt’ strongholds of Michigan, Ohio, Wisconsin, Pennsylvania and West Virginia.

Hillary Clinton on the other hand was a dreadful candidate. Her popularity ratings were the worst in history after Trump’s. She represents neo-liberal capitalism to the soles of her feet. And the ‘political strategists’ who tried to present her as the candidate of change failed miserably.

Trump alienated millions of Americans but he won because he easily portrayed her as the utterly cynical and crooked Washington insider. Voters looking for equality and progressive advance for women and African Americans and Latinos in America deserved better. 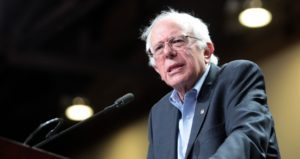 Anti-establishment figures like Bernie Sanders or Senator Elizabeth Warren of Massachusetts, who was the Left Democrat’s preferred option, would have won. The Democratic Party’s polls all showed Sanders had a far better chance of beating Trump than Clinton. But the ‘Super Delegates’ were all in her pocket.

The only people to challenge Hillary Clinton for the title of ‘biggest loser’ in this election were the pollsters and pundits. They all got this result badly wrong. I followed this election closely and the British media establishment’s coverage was dire.

The BBC and Sky were particularly hopeless. I should have known from their woeful performance in the Scottish Independence Referendum and the EU Brexit vote.

They made no effort to explain his attraction to millions of Americans and sneeringly dismissed ‘non-college educated, blue collar, working class, white, American men’. Lacking any empathy with the concerns of a crucial ‘constituency’ who work multiple low paid, insecure and soul-destroying jobs.

Now, to cover their appalling ignorance they talk, after the event, about how ‘shy Trump voters’ foxed them. Or could it be the BBC – stuffed with middle class public school children dressed up as political experts – are incapable of understanding working class people anywhere or getting them to talk to them openly?

WHAT KIND OF PRESIDENT WILL TRUMP BE?

The short answer is just like all the others. He is not a fascist but a populist. Having veered to the right to win the Republican nomination he moved back to the centre to win the ‘General Election’.

[Trump] will certainly not deliver the promises he made about good jobs, prosperity and security to those Americans who voted for him.

He will face the same US establishment he sought to challenge and he will change little. The same military industrial complex, the same Wall Street, the same ‘Washington’, the same Congress and the same vested interests he rallied against will remain in control.

He is not about to challenge the US political or business elite. And he will certainly not deliver the promises he made about good jobs, prosperity and security to those Americans who voted for him.

The task of changing America for the better, providing the jobs, security, prosperity, health and pursuit of happiness the ordinary people all seek awaits the Left in the USA today. And whilst Bernie Sanders’ campaign gave us hope as this election overall has again demonstrated the Left in the USA is very weak and has a long way to go. 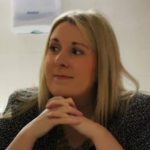 The reaction to Trump’s victory has been overwhelming and overall, very negative. Instead of joining the bandwagon, it is more useful to understand why Americans voted the way they did.

The ‘Drain the Swamp’ rhetoric resonated with them as they have always seen polished politicians like Clinton act corruptly and in their own self-interest.

The American people have gone through eight years of George W. Bush and then had their optimism crushed with eight years of Obama. Over the last sixteen years, half of Americans have seen their incomes fall. There has been a constant stream of politicians promising people the world while billionaires line their own pockets. The gap between rich and poor has widened.

It is no surprise that the biggest group to have voted for Trump are poor, white men without a college education. The ‘Drain the Swamp’ rhetoric resonated with them as they have always seen polished politicians like Clinton act corruptly and in their own self-interest. The vote for Trump was a direct vote against the establishment and the status quo. People want change. Unfortunately, it is misplaced to invest their hopes in Trump. This election marks a massive swing to the right.

This has been ignored to an extent because of the hysteria surrounding his campaign. It would be more valuable to address the politics rather than the man himself.