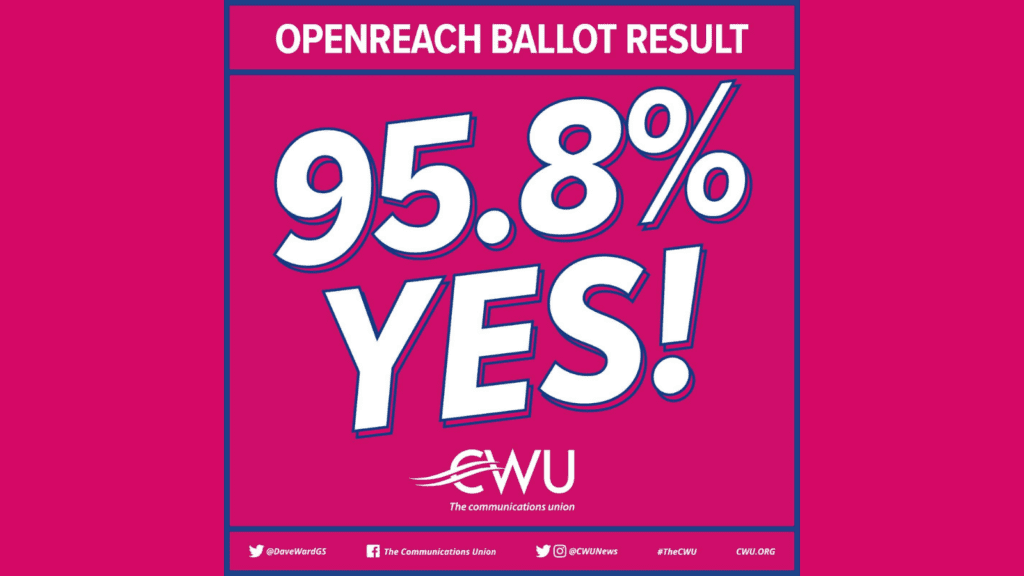 Following the result of the CWU ballot for strike action in the BT Group, SSP Workplace Organiser Richie Venton has offered the following statement of solidarity:

“RMT members have already spearheaded the resistance to systematic, coordinated attacks on pay, jobs and public services by the Tories and employers.

“Now members of the Communication Workers Union (CWU) in the BT Group have voted by mind-boggling majorities for strike action.

“Unless the bosses rapidly cave in, this will be the first national strike in BT in 35 years.

“And it’s already the biggest workers’ strike ballot EVER in call centres.

“The bosses are coordinated in their attacks. Workers’ unions need to coordinate the resistance, coordinate strike days, including a 24-hour general strike.

“To restate what I’ve raised repeatedly when invited to speak at picket-line rallies of striking RMT members, the Scottish leaderships of every union, and the STUC, need to urgently organise to build a MASS SCOTTISH DEMO – timed to display solidarity with the multiple strikes looming, and the £800 hike in energy bills on 1st October.

“March together! Strike together! Win pay that matches inflation for every worker – and job security.”