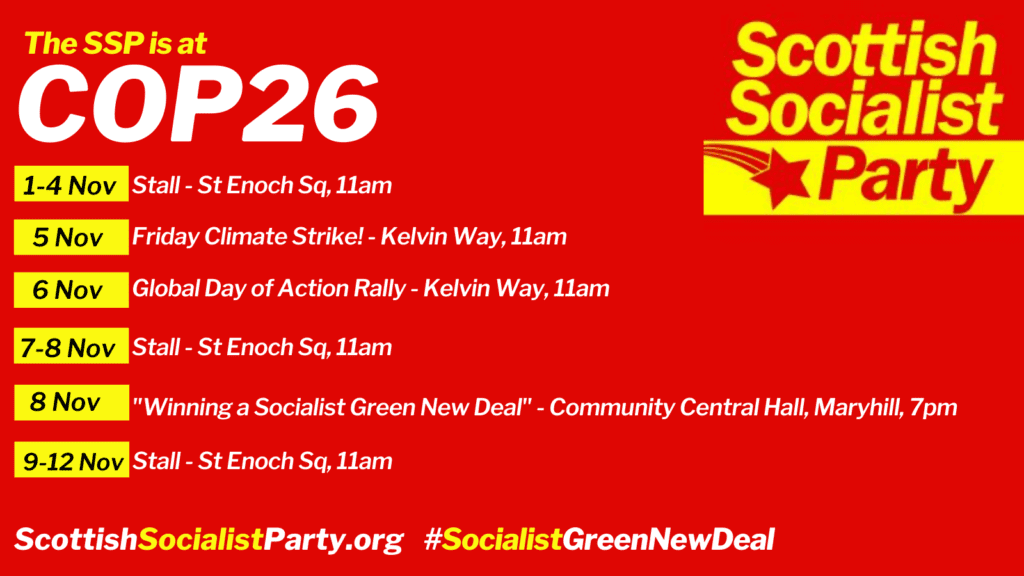 COP26 is taking place in Glasgow. The Scottish Socialist Party is bringing the case for a Socialist Green New Deal to COP26.

“Humanity” is not to blame for the climate crisis – the capitalist drive for profit is. Just 100 corporations have spewed out 71% of climate-altering pollutants since 1988.

We can’t trust the capitalist polluters who created this crisis to solve it. We need Socialist Change, not Climate Change.

As well as workers and young people on the front line, and an SSP speaker, we are delighted to have the general secretary of the Bakers Union (BFAWU) SARAH WOOLLEY as a guest speaker.