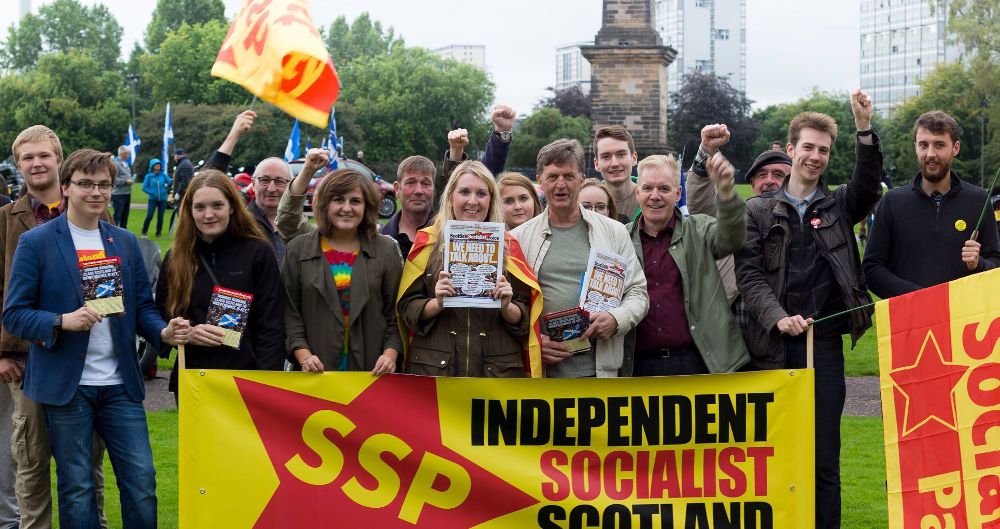 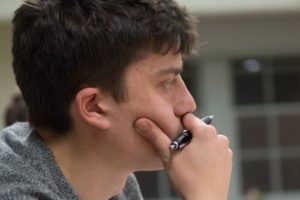 Opinion polls taken since the 2014 Referendum paint a picture of support for a second referendum on independence slowly trickling away. Polls don’t tell the whole story but they correlate with what we are seeing on the ground; formerly active and vibrant Yes groups have either folded, become social gatherings or are dominated by nationalism detached from reality.

Comparing the SNP of late 2014/15, buoyed by 100,000 new members and electoral domination, to today seems like day and night. The Nationalists have paid a huge price for not making the case for Independence at any election since the referendum – and allowing themselves to be chased away from the issue by the Unionists.

The 2014 Yes campaign found strength in its diversity. A majority of Yes supporters weren’t SNP and the non-tribal Yes coalition helped reach a diverse audience.

Today, the movement is closely tied to the SNP’s electoral fortunes – failure there is seen to represent a setback for independence. In reality, there are many independence supporters who find it difficult to vote for the SNP when they duck independence and there are more left-wing manifestos on offer. It took the 2017 General Election, where the SNP barely held on to a majority in Scotland, to sound alarm bells. I was an independence activist before I joined the SSP and I’m infuriated to see the movement that we built from 2012 so dominated by a single party. It makes us weaker.

[Corbyn] can’t achieve much within a party wedded to the British establishment.

Nicola Sturgeon’s public profile has been usurped by Jeremy Corbyn. He’s in all the selfies now. He appears to many to offer a different route to similar social democratic goals that independence offered in 2014. His popularity in some quarters is based on backing Keynesian policies that may make working people’s lives better. That’s a natural attraction to people on poverty wages, waiting for a house or living at the sharp end of austerity. His personal honesty and integrity has cut through the spin of modern politics and inspired many to imagine an alternative to cut-throat capitalism. 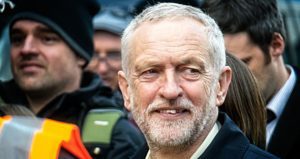 But he can’t achieve much within a party wedded to the British establishment. This is still the same Labour party of privatisation and the Iraq War. Corbyn struggles to put together a shadow cabinet because the majority of MPs fundamentally disagree with his politics and a significant number are organising to remove him. The Parliamentary Labour Party is a revolving door to the lobby of big business. Never mind Scotland, the only country of the UK where Corbyn lost to leadership challenger Owen Smith. The Scotland where Labour built 6 council houses in 8 years of Government and privatised hospitals and schools aplenty through PFI.

The Labour Party is an obstacle, not a vehicle, for the socialist change that Corbyn and the SSP want.

By seeking clarity on key social and economic issues and setting ambitions high, we can align independence with the everyday struggles of working people.

In 2017, Corbyn outflanked a fiscally conservative SNP, who, acting as the independence standard-bearers have defended much of the status quo. They have latched onto the idea the EU is a progressive organisation to be supported at all costs. We know that the EU is not, because we live in it already! It’s an anti-democratic bosses club that works to preserve the dominance of corporate power and unfettered capitalism. Explicitly linking EU membership and the independence struggle, raises barriers to us making independence about transformative change – a necessary step to build a majority.

By seeking clarity on key social and economic issues and setting ambitions high, we can align independence with the everyday struggles of working people. There are hundreds of thousands of workers in Scotland – in hospitality, retail and the public sector – who currently only dream of a £10 an hour Living Wage and secure employment through guaranteed hours. People forced to pay rip off transport fares and energy bills would support these services being taken into democratic public ownership. People who are getting mugged off by a landlord’s rip off rents would support a sharply progressive full tax and spend programme to build council houses. These people, in our communities, can be persuaded that the best way to achieve these demands is through independence. But we have to agree that’s what independence is for.

An independence that transforms little is uninspiring, and only nationalists will vote for it. An independence which puts working class people at the driving seat of their own destiny will lift the millions we need for victory.

We can thank Corbyn for popularising ideas that we agree on then disagree on his vision of a British route to socialism and his misplaced faith in the Labour Party. But to succeed we must above all make a coherent and persuasive case. We must answer, ‘what do we want Independence for?’ and ‘what has gone wrong since 2014?’.  Only then can we work out how we are going to get there.