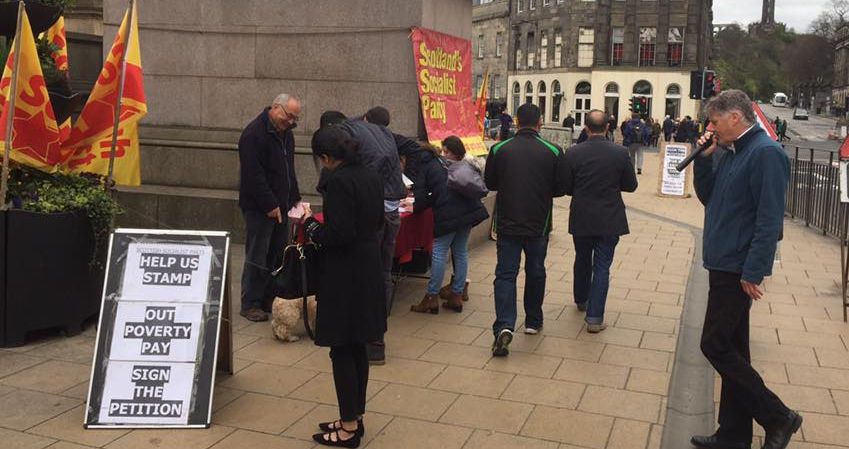 As the Scottish government consults on its annual Budget, and Scotland’s 32 local councils gear up towards the Budget-making process that ends in February, I’ve launched an Online Petition on behalf of the Scottish Socialist Party which I appeal to all readers to sign, share and build support for – urgently.

It demands that both the Holyrood SNP government and all the councils run by a variety of Labour, SNP and other party councillors set a £10 Living Wage for all their employees as part of No Cuts Budgets, for 2018/19. Rather than pass on Westminster’s butchery of pay, jobs and services once again – as they’ve repeatedly done in past years – we are demanding these MSPs and councillors stand up for the working class, starting with the 500,000 workers either directly or indirectly employed by them.

Don’t just treat this petition as another online activity; please use it to help pound the politicians with demands for deeds, not pretty words, and include both the major parties and their leaders in your demands – including First Minister Nicola Sturgeon and left candidate for Scottish Labour leader, Richard Leonard.

When you sign, the demand for the funds for an immediate £10 Living Wage for 500,000 public sector workers will automatically arrive with the First Minister, the COSLA local authorities umbrella, and Richard Leonard MSP.

Please do your bit, and then share far and wide, with your own appeal to others to do likewise. Including people in your workplace or union branch. 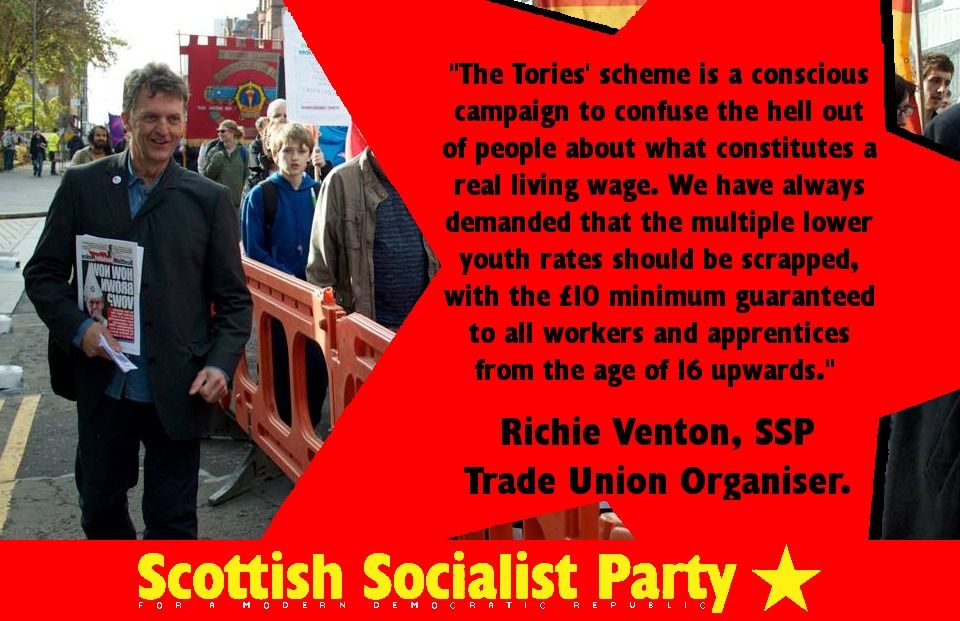 And below is the explanatory letter on the Petition:

The levels of poverty and inequality in Scotland are criminal.

In one of the planet’s richest nations, we have one million people existing below the poverty line – including people on benefits, pensioners, and over half a million people in jobs, working to remain poor!

Wages have been systematically slashed by use of fear at work, anti-union laws, zero hours and short hours contracts, benefits sanctions, privatisation… a litany of attacks on wages as a share of the wealth workers create in the first place – to turbocharge profits for the bankers and billionaire businesses.

The recent revelations of at least £30trillion hidden away in tax havens by the rich and big businesses underlines the ways by which workers are being robbed of decent wages, and communities of public services. 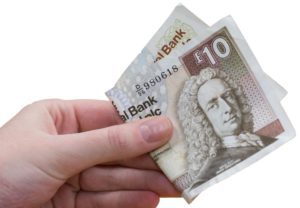 The Scottish Socialist Party has campaigned for an immediate, legally enforced national minimum wage of £10 an hour since 2014 – for all over 16, with equal pay for women. That’s the official, unanimously agreed policy of the TUC and STUC – since 2014! It needs to be urgently implemented – £10 now, rising with inflation, for all 2.5 million workers in Scotland.

To help achieve that, we are calling on all the MSPs and councillors in Scotland’s 32 local authorities to use their existing powers to set an example, a benchmark, by implementing an immediate £10 Living Wage for all 500,000 workers employed directly and indirectly by the SNP government and councils of all party complexions – including Labour and SNP.

This is entirely within the powers of the devolved Holyrood government and the 32 councils: a voluntary Living Wage, but set at £10.

We demand that each council and the Scottish government write this massive improvement in workers’ incomes into their budgets for 2018/19 – but without a penny cut to any job or a single public service. Instead, we demand they set a £10 Living Wage, as part of No Cuts Budgets, and then combine with the trade union movement, user groups and communities in a massive campaign to win back the necessary funding from some of the £billions stolen by Westminster and Holyrood over recent years.

A £10 Living Wage for all 500,000 public sector workers in Scotland would transform their lives, greatly boost spending in local communities, thereby improve job security, and set a benchmark for the other 2 million workers in Scotland – vastly speeding up the prospects of achieving a national, legally-enforced £10 minimum wage for all over 16, with equal pay for women, and rising with inflation.

We call upon the Scottish government, COSLA, each local authority, and the leaders of the SNP and Labour parties to urgently implement this £10 Living Wage policy as part of their 2018/19 Budgets.