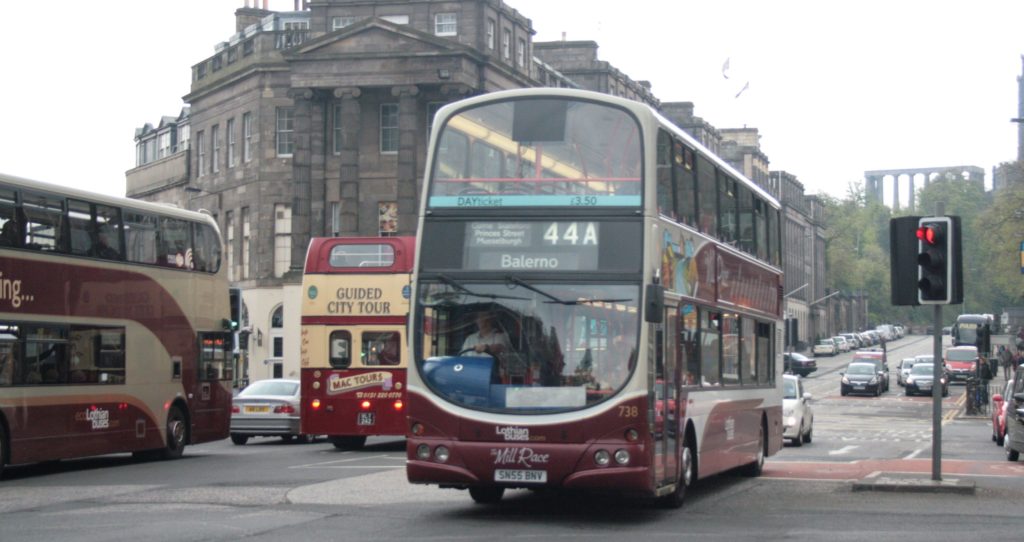 The Scottish Socialist Party is a proud advocate of a world-class, fare-free public transport system for Scotland.

Transport has undergone enormous changes in recent decades, both in Scotland and across the world. Some have been cyclical: in Scotland’s capital, trams were built, dismantled, and then reintroduced. In other areas, we have seen consistent trends like the steady deregulation and privatisation of services, which has left Edinburgh as the sole city in Scotland with a municipal bus operator.

Rail fares across the UK have soared in comparison to those of our European neighbours, and Scottish transport contracts go out to tender in a farcical franchise system whereby public sector companies in other countries can bid for control while those in Scotland are effectively barred.

Scotland, the country which gave the world the pedal bicycle and the pneumatic tyre, now has a public transport network which is broadly unfit for purpose.

Massive changes have to be made to ensure that our public transport network is not only of a standard befitting the people of Scotland, but one that is adapted to our environmental and economic needs – challenging climate change while connecting communities and creating jobs through enhanced mobility.

We call unashamedly for the integration of services – whether bus, rail, ferry, underground or tram – under publicly-owned and democratically-run operators.

The Scottish Socialist Party is brave enough to identify these changes. We call unashamedly for the integration of services – whether bus, rail, ferry, underground or tram – under publicly-owned and democratically-run operators.

But the bravest step we can take as a nation to totally transform the way we travel is to support the international movement for free public transport and become pioneers of true freedom of movement for working class people.

There is a strong economic, social, and environmental case for adopting this policy throughout the country. There is also precedent from successful fare-free public transport schemes in parts of France, Germany, Belgium, and Estonia as well as far-flung cities in China and the United States. We have evidence of the policy’s affordability and benefit.

I would put to sceptics that the prospect of free healthcare was once unthinkable. With the creation of NHS Scotland in 1948, hundreds of thousands of people gained access to essential medical care for the first time; the positive impact on Scottish society has been immense. The threat of privatisation and marketisation is a terrifying prospect for many.

In the same spirit that the NHS was created over half a century ago, we can come together to build a public transport system that works for everyone. We can tackle poverty and social exclusion by extending access across urban and rural Scotland; this will be a financial relief for workers, parents and carers on low incomes, and make it even easier for families to switch from road trips to more eco-friendly bus rides and train journeys. 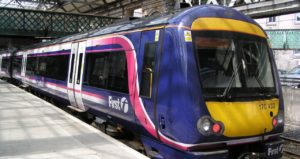 Building free transport links between rural communities even brings forward the possibility of economic regeneration in the Highlands, the Scottish Borders, and rural Fife, where greater interconnectivity and public investment could instigate growth and begin to reverse the exodus of young people from small towns and villages.

Free transport is neither easy nor cheap, nor can it alone transform Scotland. However, as part of a comprehensive socialist strategy, it can radically change the conditions of Scottish workers and help realise the full potential of totally under-utilised modes of transport.

The SSP has a good track record of winning others to our ideas. We championed free prescriptions in Holyrood and led the broad-based campaign to tackle poverty through the provision free school meals. We are committed supporters of universalism and pioneered many policies which were later taken up by the mainstream parties.

Free transport is yet another distinctive SSP policy with ambition, vision and a firm footing in the needs and aspirations of Scotland. It is a policy whose implementation is not only possible, but increasingly necessary – addressing the pressing ecological crisis facing the world as well as the acute issues of poverty and exclusion at home. 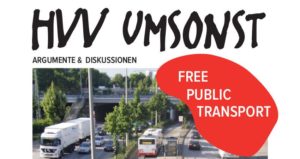 These are among the reasons why free transport proposals are becoming more and more popular across Europe. Many in Scotland point to more affordable and efficient public transport systems in countries like Germany to highlight the shortcomings of our own – but to seek merely to emulate them is to limit our ambition, as proven by the spirited HVV umsonst! campaigners now pushing to scrap fares in Germany’s second-largest city.

In Sweden, anarchist initiative Planka.nu takes a particularly brazen approach to free transport campaigning by encouraging members of the public to leap ticket barriers, while operating a shared pool of funds to pay off any subsequent fines for its members.

Free transport is […] an innovative solution to an intersection of problems

Even in Scotland, understanding and appetite for the policy is slowly building. Scottish Green activists came close to persuading the rest of their party to back the progressive policy when it was revisited at their 2014 party conference.

It is often easier in politics to identify problems than solutions. For the SSP, free transport is a valuable idea that carries great potential as an innovative solution to an intersection of problems. For this reason, it is a policy that socialists will develop and promote further in the run-up to next year’s Scottish Parliament election.

Connor Beaton is the branch organiser of Dundee SSP. He serves on the SSP’s Executive Committee.

3 thoughts on “The case for free public transport”