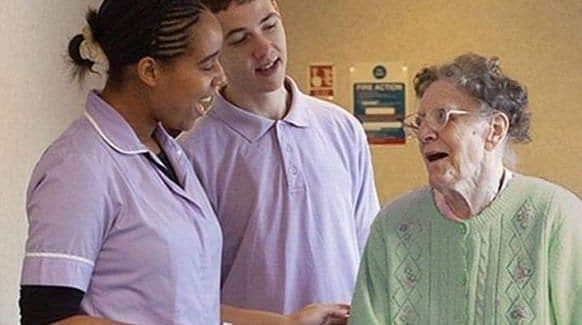 On the very same day (19 May) a new report on Scotland’s care homes described the crisis in care for older people as “the greatest failure of devolved government since the creation of the Scottish parliament”, SNP and Tory MSPs combined forces to defeat calls for collective bargaining rights for workers in the private care home sector.

They did so on the Covid-19 Committee of the Scottish parliament, which was debating a series of amendments to the SNP government’s Coronavirus Bill 2.The same combined majority of four SNP and two Tory MSPs on the Committee defeated amendments to help support tenants facing financial crisis and inability to meet exorbitant rents, in the private rented sector in particular.

The amendment to grant the statutory right to collective bargaining to workers on the front line of all front lines, where 60% of all Care Homes have had C-19 cases, and 45% of them still do, was proposed by left Labour MSP, Neil Findlay.

The fact is, these workers fear for their health, for their very lives, with little or no adequate PPE in many cases. They also fear for their jobs, many of them dreading the prospect of being tested and found positive, because they can’t afford to go on the sick, and usually are denied a proper sick benefit scheme by the private sector care home owners. Several of them have plucked up the courage to whistleblow problems in their workplaces, contacting the press or MSPs with urgent pleas “don’t use my name”.

All that is not only morally reprehensible, but highlights the urgent need for bargaining machinery where elected union representatives and union officials can take up the issues and concerns face-to-face with care home owners, without fear of reprisals against staff.

The SNP Cabinet Secretary for Health, Jeane Freeman, has recently stated that 70% of care homes are “delivered by private business”, making that an excuse for the government to stand back from the mounting crisis, until a very belated U-turn on 17 May, claiming powerlessness to act.

The author of the report, former Head of Services for Older People in Glasgow, Nick Kempe, is scathing in his condemnation of this government approach,  accusing them of “being in denial UK until 17 May”, despite the clear predictions of the crisis that such a pandemic would trigger in the sector, and the conclusion that the government needed to actively intervene, made as far back as Operation Cygnus in 2016! Kempe condemns it as “privatisation of responsibility”.

The same 2016 Cygnus report on pandemic preparations warned of a decline in trained medical staff and a rise in unfilled nursing vacancies. Today, 52% of Scotland’s private sector care homes have nursing vacancies, compared with 15% in the voluntary sector. And there is little formal training on Infection Control for non-medical staff, according to Kempe’s report, confirmed by plenty of anecdotal evidence from workers we are in touch with.

That adds to the health risks, where already 7.4% of staff are off sick with COVID-19, nearly twice the percentage amongst NHS workers, and where a horrifying one in every ten residents in care homes across the UK have died of the virus.

The multiple, life-and-death issues facing care workers cry out for emergency measures, including full trade union rights to raise them and argue for solutions,  through collective bargaining.

Leading the opposition of the SNP government to this proposal in the amendment to their Bill, Cabinet Minister Mike Russell focused on three prime arguments. He stated that all measures in this emergency need to be “possible, practical and proportionate”, implying union rights to negotiate are none of these. If not now, when?! He added the spurious argument that union membership in private care homes is very low. Well, if workers were reassured that they won’t face reprisals for being in a union, and actually witnessed elected union representatives taking up the concrete, emergency issues they face right now, they would join in exponentially greater number.And rather than agree to pass this right for workers through the Coronavirus Bill, Russell tried to lob it into the long grass of countless working parties and parliamentary committees, none of which would involve statutory union bargaining rights, as opposed to worthy statements of aims.

When it  came to the Committee vote, Tory MSPs Adam Tomkins and Murdo Fraser were joined in defeating the proposal for collective bargaining rights for care workers in the private sector by all four SNP members: Willie Coffey, Annabelle Ewing, Shona Robinson and Stewart Stevenson.

If that voting pattern – the SNP throwing their lot in with the reviled Tories – is repeated in the full vote in the Scottish parliament, those who praise and applaud the very same self-sacrificing workers, but deny them a collective voice, should never be forgotten nor forgiven for such a shameful denial of workers’ rights.

And this whole crisis highlights the urgent need to take care out of the hands of profiteers, with a National Care Service alongside the NHS, with full trade union rights.