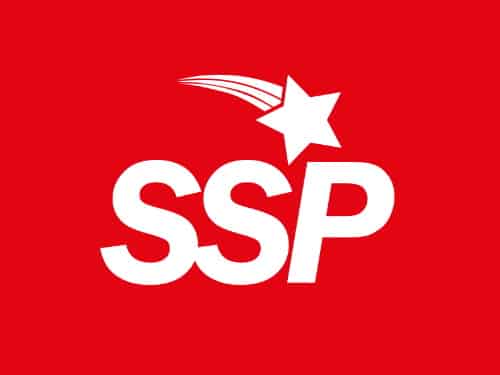 The United States has Cuba in the grip of a violent, illegal blockade. US-led coups have been disastrous for the people of South and Central America. Cuban people need our support.

The Scottish Socialist Party calls for

Recent events in Cuba have driven sections of the British media into a frenzy of excitement. A demonstration in Havana, in part, against the Cuban Government, has been magnified out of all proportion as the beginning of the end of the revolution. An exercise in wishful thinking if ever there was. That this was followed by a much larger pro-government demonstration never received a mention. Compared with the convulsions sweeping Latin America in recent months why has this episode drawn so much attention. It is because it has been covered by the United States media, blown out of all proportion then circulated around the world.

What is the situation? The Covid pandemic has devastated large parts of North America including the United States. Cuba faired better than most due to its excellent health service and a government which took decisive action from day one. However, the pandemic wiped out the country’s tourist industry; an industry which directly or indirectly employs significant sections of the population and is the principal source of income for the government. This plunged the country into economic crisis with shortages of goods and food and a dramatic reduction in living standards. The government’s response has been short term austerity measures and has hit the Cuban people hard. The demonstration in Havana was a spontaneous reaction to this; one which even the government admitted was completely understandable.

What is also understandable and completely predictable has been the utterly cynical attempts by Washington to exploit the situation. Let us be clear. The American government cares nothing for the Cuban people. Their long-stated aim has been the overthrow of the Cuban Government and the country’s return to its former status as a de facto American colony. Its principal tactic has been a brutal economic blockade, intensified under President Trump and maintained by President Biden. The aim of which has been to inflict as much damage on the Cuban economy and suffering to the Cuban people as possible. The idea that they are concerned about the well being of the people declares hypocrisy at a level beyond imagination. It is like someone strangling their victim and at the same time being concerned that they are short of breathe. Yet their involvement in inciting dissent, including the recent demonstration, will backfire. Nothing unites the Cuban people more than the aggression of their powerful neighbour.

This is a difficult time for the people and government of Cuba. Even before the pandemic Cuba was in a complicated transition period. How to maintain the ideals and gains of the revolution yet at the same time build a modern economy. That transition will continue when this pandemic is over.
The American Government can hatch their plots. The capitalist media can continue its propaganda war against Cuba. Yet as ever it will be the Cuban people who will forge their own future and that future will be socialism