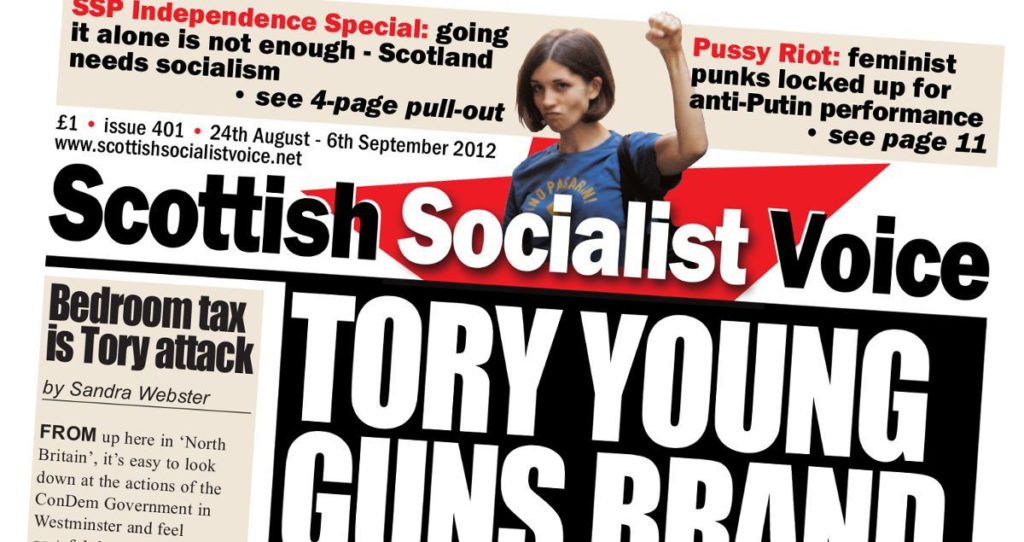 In this issue of the Scottish Socialist Voice, Jim Sillars looks at the evidence that pollsters are often totally wrong, especially where grassroots campaigns have taken a foothold. SSP co-spokesperson Colin Fox and John Finnie MSP look at the Yes campaigns chances as we’ve passed the 100-days-to-go marker in the referendum campaign period, Richie Venton urges a break from the billionaires’ bread line Britain, and Jonathon Shafi details the Radical Independence Campaign’s mass canvass event.

Also in this issue, Scottish Socialist Party councillor Jim Bollan writes about his third suspension from West Dunbartonshire Council, and compares his treatment with those of councillors from mainstream parties, and Pam Currie looks at the life of writer, activist and advocate for the rights of the oppressed, Maya Angelou, who died at the end of May.