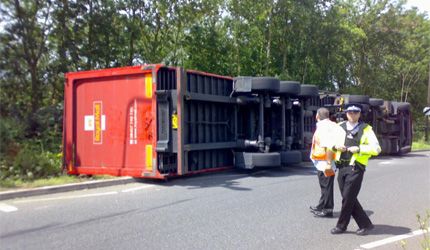 In a sense of déjà vu, postal members of the CWU have voted three to one for national strike action in Royal Mail Group. A similar strike mandate was given in 2007 over the same issues. Strike action then, over several weeks, brought Royal Mail back to the negotiating table and a half hearted agreement to consult the Union was wrung from top management. For a two year period the CWU negotiated major change in good faith while Royal Mail promises were systematically broken in the slash and burn of the public postal service. Now postal workers are demanding that the Union finish the job, even if it means losing pay again to do so.

The CWU recognises that new technology will impact on the way we do our jobs and have co-operated where improvements can be made. We have made well researched proposals to protect full time jobs while improving the delivery service. We have welcomed safer ways of working and have encouraged a flexible way of working which improves time away from work and supports families. We know change is coming and want to influence that change to the benefit of postal workers and the communities we serve. Senior Royal Mail managers want to continue the slash and burn until privatisation fills their pockets in reward. As in previous state sell-offs customers and staff do not merit concern.

We also recognise that a massive hike in pay is nowhere on the horizon, despite being paid £80 a week under the UK average manual worker’s wage. At £347 for 40 hours delivery workers cannot be accused of greed. Of the £350m Royal Mail Group profit, most went to excessive bonus payments to senior managers, in return for an increased workload with 30% fewer staff our wage reward was zero. And now workers are being asked to sell future full time jobs, holiday and pension rights so that profits can rise higher.

In addition part time working is being used to deskill the service. Jobs that can be performed by primates result in peanut pay. This is not to say that part time working does not have its place in Royal Mail and support from part time staff has been much evident in the 14 week long strike action in Ayrshire.

Unlike 2007 postal workers have time on our side. The approaching Xmas period generates 2/3rds of Group profits and is a time when the service depends on staff committed to the job. Recent examples of managerial “bullying” has eroded any good will amongst staff and Xmas strikes cannot be dismissed. Any strike-free Xmas deal to allow talks to go ahead would emphatically not be welcomed at the coal face. Based on behaviour since 2007 we have no trust in the sincerity or honesty of the current leaders of Royal Mail.