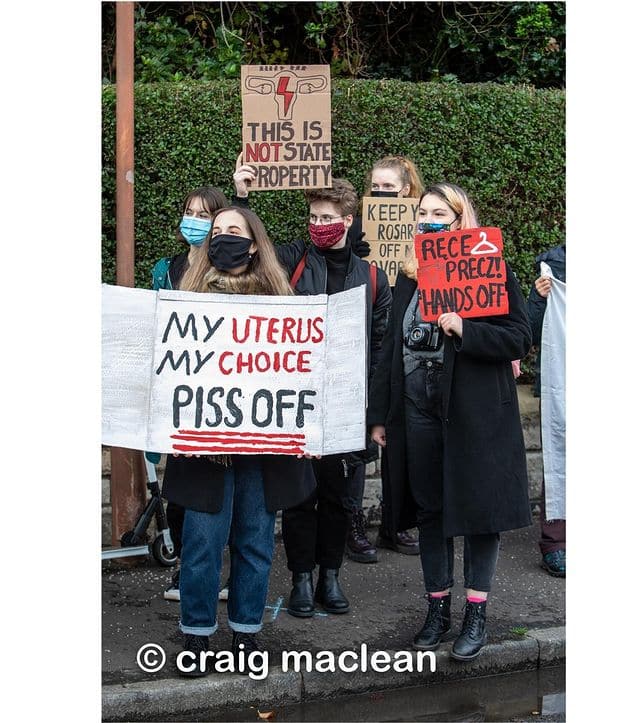 The Lothians branch of the Scottish Socialist Party has issued a statement in support of protests fighting against the Polish abortion ban.

From midnight last Wednesday, the Polish government enforced a near-total ban on abortion in Poland – a brutal, regressive attack on bodily autonomy and reproductive rights.

Poland already had some of the most restrictive abortion laws in Europe, with around 200,000 women left with no choice but to leave the country for medical care, or to risk dangerous back-alley procedures.

“On January 27, the Constitutional Tribunal of Poland rules pregnancy terminations due to sever and irreversible foetal defects “unconstitutional”, imposing a near-total abortion ban, which will come into effect imminently.

“We stand in solidarity with Polish women, who, once again, have had their basic human rights stripped away from them for the sake of fundamentalist ideology and who have been protesting since October 22, when the ban was first introduced. We wholeheartedly condemn the tribunal’s ruling, as we believe that no person should be forced to go through the torture of bearing a child that has no chance of survival against their will, which not only undermines bodily autonomy but also poses a great risk to the person’s mental and physical health.

“We especially stand in solidarity with working-class women of Poland who will be most severely impacted by this, as abortion is already the least accessible to them. This near-total abortion ban is an attack on poor women and an attack on women as a social class in general. Abortion should be legal, safe and free.”